Home » Celebrities » Gigi Hadid Reveals She Gave Birth To Baby Khai At Home With No Epidural: ‘I Had To Dig Deep’

For the first time, Gigi Hadid is sharing intimate details about giving birth to her daughter, Khai. She shared by she decided not to give birth at the hospital and much more.

Gigi Hadid opened up about her four-month-old daughter, Khai, in a new interview with Vogue. For the first time, she shared what her labor was like, and revealed that she gave birth to the little one at her home on a farm in Pennsylvania. The labor lasted 14 hours, and Gigi did it without an epidural. “I had to dig deep,” Gigi told the mag. “There was definitely a point where I was like, I wonder what it would be like with an epidural, how it would be different. My midwife was like, ‘You’re doing it. No one can help you. You’re past the point of epidural anyway, so you’d be pushing exactly the same way in a hospital bed.”

Gigi originally planned to deliver the baby at a hospital in New York City. However, due to the coronavirus, which put restrictions on how many people could be in the delivery room, she and her longtime boyfriend, Zayn Malik, opted on a home birth instead. They came to the decision after watching a documentary called The Business of Being Born. “We both looked at each other and were like, ‘I think that’s the call,’” Gigi admitted. The couple brought an inflatable bath into their bedroom for the process. 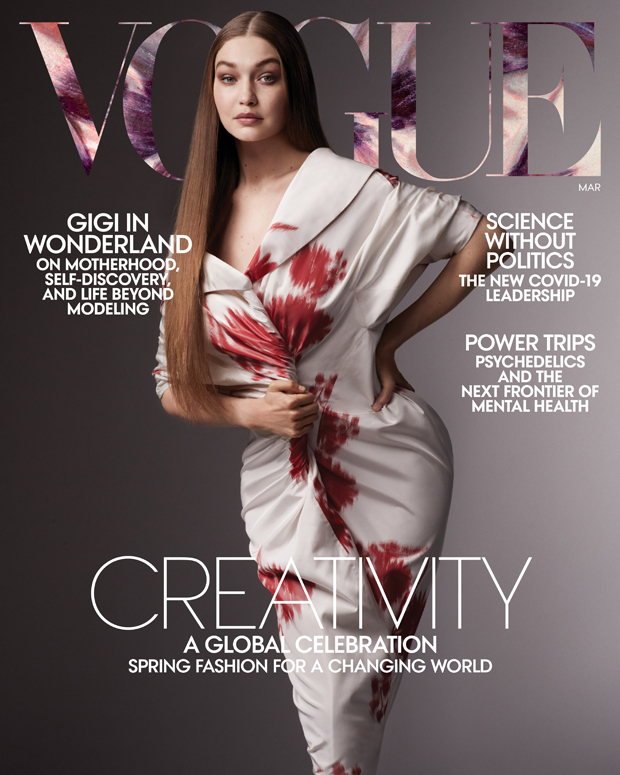 With the birth taking place at home, Gigi could have her mom, Yolanda Hadid, and sister, Bella Hadid, by her side (in addition to Zayn, of course). There was also a local midwife and assistant present. “I probably looked crazy, actually,” Gigi said, of giving birth. “I was an animal woman.” The model also revealed that Zayn was the one who caught Khai when she finally came out. “It didn’t even click that she was out,” Gigi shared. “I was so exhausted. I looked up and he was holding her. It was so cute.”

Now that Gigi and Zayn have one child, though, they aren’t rushing for baby number two. “I know my mom and Zayn and Bella were proud of me, but at certain points I saw each of them in terror,” she revealed. “Afterward Z and I looked at each other and were like, ‘We can have some time before we do that again!’” Since Khai’s birth, Gigi and Zayn have been raising her in Pennsylvania with no nanny or baby nurse. Of course, Yolanda is around to help out, and Zayn’s mom, Trisha, visited for a month in 2020, but for the most part, Gigi and Zayn are doing the heavy lifting. 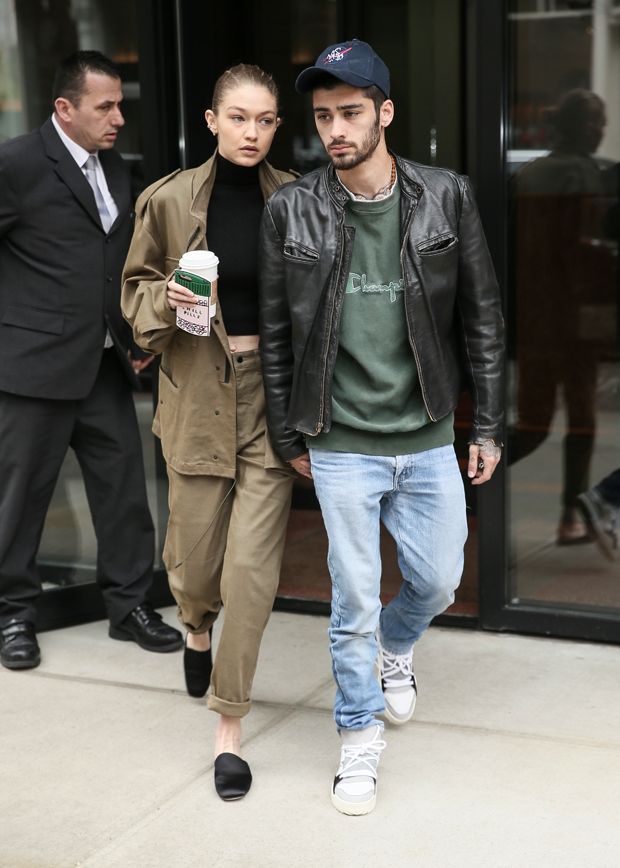 Gigi found out she was pregnant in February, and shared the news with fans in April. She was selective about what she shared on social media while pregnant, and has yet to post a photo of Khai’s face. This, of course, is a conscious decision. “I think she wants to be real online,” Bella explained. “But until her child wants to be in the spotlight and can make that decision herself, she doesn’t want to put her in that position.” Gigi admitted that she was inspired by famous friends, like Blake Lively and Ryan Reynolds, who’ve made the same decision. “I see their kids really blossom in a different way,” she said.

For the most part, though, Gigi and Zayn are figuring it out on their own. “You have a kid and you’re lying in bed together and you look over and you’re like, ‘Okay, what now?’ And you ask all your friends the same questions and everyone has a different answer,” Gigi shared. “And that’s when you realize that everyone figures it out for themselves. And you do it in your own way and you can take bits and pieces from people, but you’re always going to end up doing it a little bit differently. This is our way.”