The conservative columnist shredded Republican lawmakers over their post-election behavior 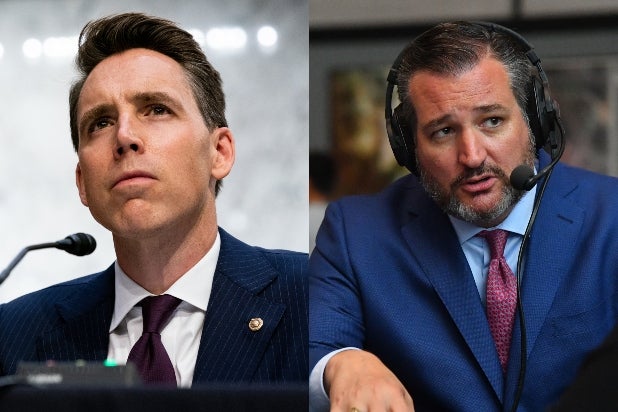 Conservative columnist George Will has had enough of Republican senators’ behavior, calling Senators Ted Cruz and Josh Hawley “the Constitution’s most dangerous domestic enemies” in a new Washington Post op-ed.

The piece, published Monday, tears into Cruz, Hawley “and their Senate cohort” for “fueling the doubts of a large majority of Republicans about the legitimacy of the 2020 election.”

On Wednesday, the Senate will vote to certify the 2020 election, which President-elect Joe Biden won. Outgoing president Donald Trump has refused to concede and has instead baselessly insisted that widespread fraud led to Biden’s victory. While he and his lawyers have had dozens of court cases smacked down in the weeks since the election, Hawley, Cruz and others have vowed to challenge the Senate’s certification.

“So, allegations in sufficient quantity, although of uniformly risible quality, validate senatorial grandstanding that is designed to deepen today’s widespread delusions and resentments,” fumed the conservative columnist Monday. “While Hawley et al. were presenting their last-ditch devotion to President Trump as devotion to electoral integrity, Trump was heard on tape browbeating noncompliant Georgia election officials to “find” thousands of votes for him. Awkward.”

Will compared the GOP officials backing Trump’s effort to overturn the election to the “demented” conspiracy theorists who insisted that multiple shooters were responsible for the assassination of President John F. Kennedy. He branded them “cynical” and noted they’ve “already nimbly begun to monetize their high-mindedness through fundraising appeals.”

He turned his attention to Vice President Mike Pence, too, and dismissed Hawley, Cruz and Pence as politicians whose goal is to be “wafted” into the presidency one day by the power of Trump voters’ paranoia.

Pink on having Coronavirus: I woke up and couldn’t breathe