Gemma Atkinson, 34, recently departed Hits Radio to go on maternity leave and, yesterday, used the extra hours in her day to try out a new domestic hobby. In a clip which she uploading to her Instagram story, in view of her one million followers, the pregnant actress announced: “I don’t know what’s possessed me, but I’ve decided to bake a cake. I don’t bake. I’m gonna bake a red velvet cake and just eat it myself.”

However, her baking adventure took a frustrating turn when she encountered a road block when it came to her cake tin.

Holding up the pan, she showed a sticker which was half torn off on the base.

“They’re on a breaking tray that needs to be washed just— I feel like using it as a f***ing frisbee,” she ranted.

Gemma then threw the tin across the room in irritation.

Her annoyance soon passed, however, and the former Strictly Come Dancing star got stuck in to making the icing for her bake. 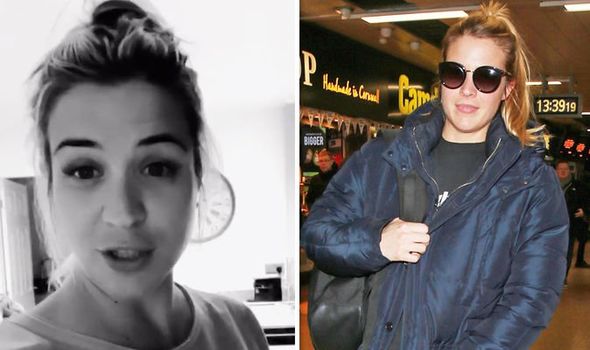 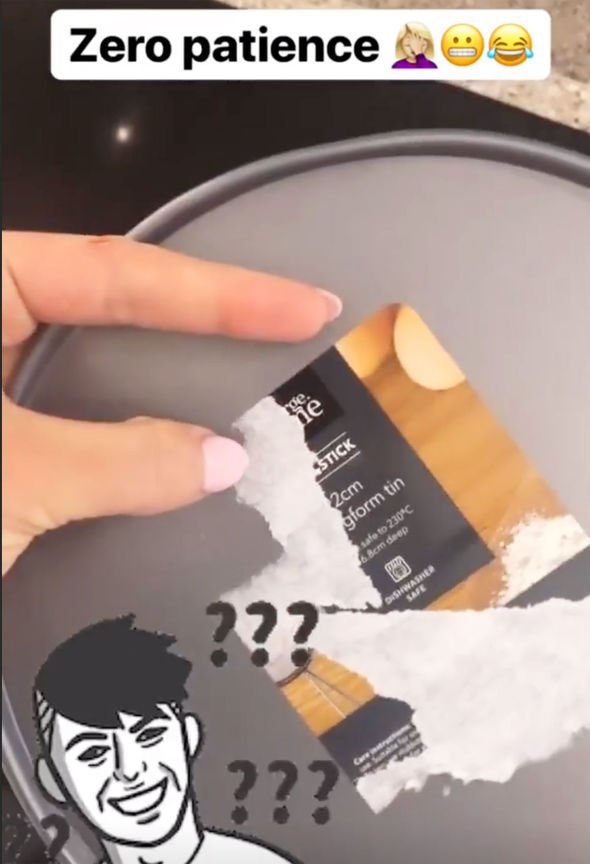 She could be seen eating the fresh icing from a spoon, telling fans: “This icing is supposed to go on the cake but oh my god, frick me it’s good. Oh my god!”

Gemma also uploaded a hilarious video showing herself scrubbing the stubborn sticker off the bottom of the tin to the soundtrack of Take That’s Patience.

“Just have a little patience,” she quoted in the caption.

The star took her fans on the full length of the cake making journey, through the ups and downs, later telling them she had put it in the oven for 23 minutes.

“While it’s cooking, I’m having a crumpet with some cheese on,” she said, tucking into the snack. “23 minutes is a long time when you’re pregnant. I gots to eat, man!”

Gemma looked to surprise herself with her baking skills when the red velvet cake was finally ready. 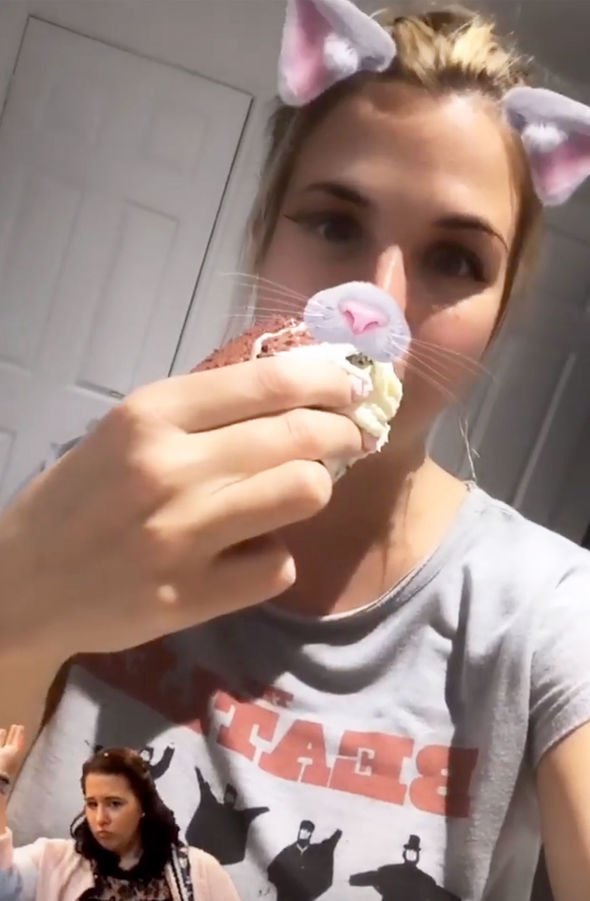 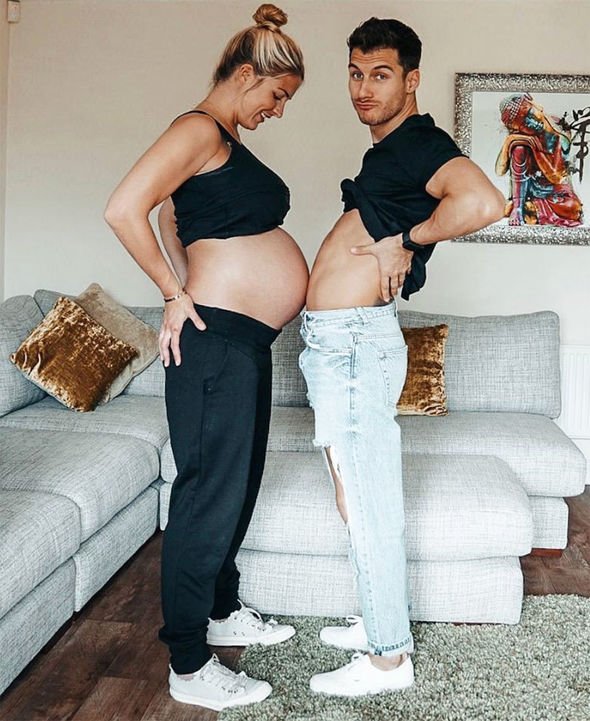 Munching on a slice, she exclaimed: “Oh my god! I’m a really good baker!”

She also joked with her boyfriend, Gorka Marquez, 28, tagging him in another post which said: “You just got luckier. I can now bake.”

Gemma and Gorka first met when she starred on Strictly Come Dancing in 2017.

They later struck up a romance and went public with their relationship the following Valentine’s Day.

Earlier this year, the couple announced they were expecting their first baby together, with Gemma thought to be due next month.

Carol Burnett Seeking Guardianship of Grandson as His Mother Is Suicidal