Game Of Thrones fans are left fuming over Daenerys Targaryen’s turn to the dark side, Jamie Lannister’s change of heart and THAT Cersei twist

Game Of Thrones fans were left divided following the release of the penultimate episode on Sunday night.

And viewers took to Twitter to vent out their frustrations about the show’s latest outing The Bells, which saw things take a dark turn as Daenerys Targaryen wreaked havoc on King’s Landing despite the city’s surrender.

The character has been a staunch fan favourite throughout the years, and viewers were shocked to see her become the Mad Queen during the show’s fifth episode as she burned the city to the ground, innocents and all. 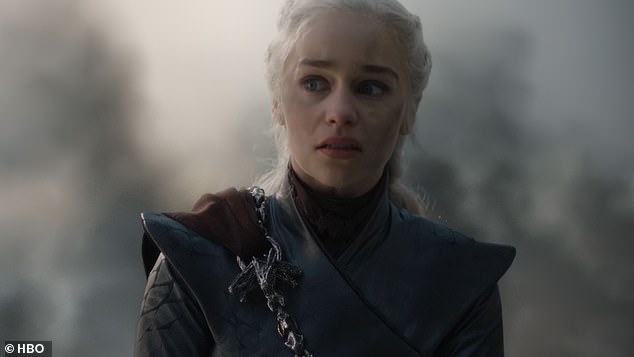 Angry: Game Of Thrones fans were left fuming over Daenerys Targaryen’s turn to the dark side, Jamie Lannister’s change of heart and THAT Cersei twist after Sunday night’s episode

Some claimed the writers were throwing Daenerys’ character development out of the window in favour of her following in the footsteps of her father Aerys.

While others did admit that it wasn’t why she became an unexpected villain that bothered them, but how the show built up to that moment.

And that wasn’t all, as fans also criticised the backtracking of Jamie Lannister’s character development, as well as the way his twin sister, and main villain, Cersei met her end.

As such, some fans took to Twitter to share a variety of memes to explain how they felt about the latest episode. 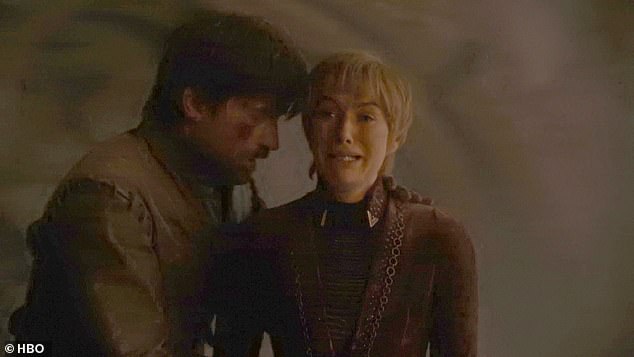 Not satisfied: But that wasn’t all, as fans also criticised the backtracking of Jamie Lannister’s character development, as well as the way his twin sister, and main villain, Cersei met her end

Discussing Daenerys’ storyline, one user wrote: ‘For like the 87th time, it’s not where the plot went, it’s HOW THEY GOT THERE. Dany can go crazy! Arya can give up revenge! But my got let these plotlines BREATHE. I mean but also tossing Jamie’s entire redemption arc out the window was not great. OK, OK, I’m done now!’

While another added: ‘I just wanna understand what was the point of Dany’s arc? You want a mad Targaryen you had Viserys right there. Why would they let her grow from an abused girl, free slaves, help people for 7 seasons just to ruin her character in 2 eps? Disgusting.’

And one user went on: ‘RIP Daenerys Targaryen. She ain’t dead (yet), but her 10 year character development is.’

Nathalie Emmanuel, who played Daenerys right-hand woman Missandei, joked that her character was ‘in heaven like: I saw that going differently in my mind.’

While Comedian Mindy Kaling joked: ‘I like what Dany did, I didn’t care about those randos, I would’ve done the same, should I be tweeting this.’ 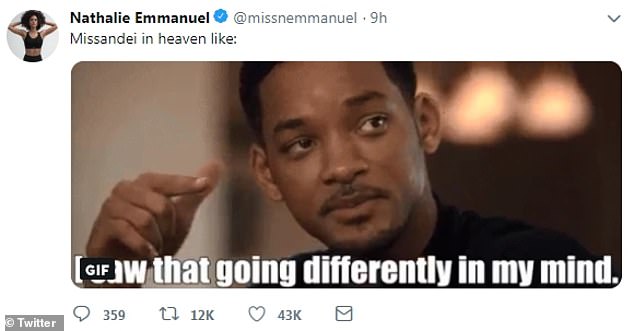 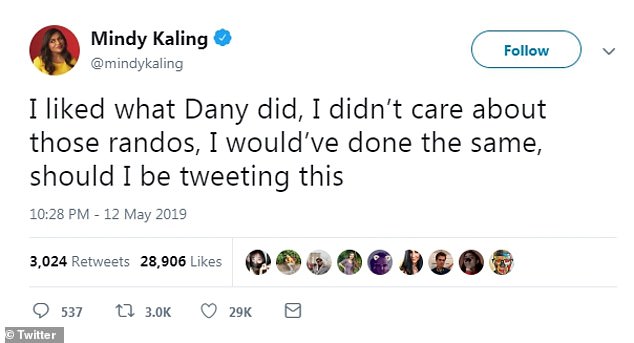 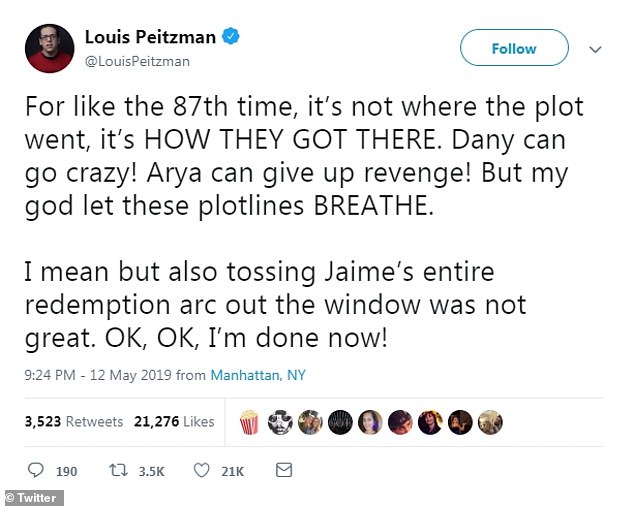 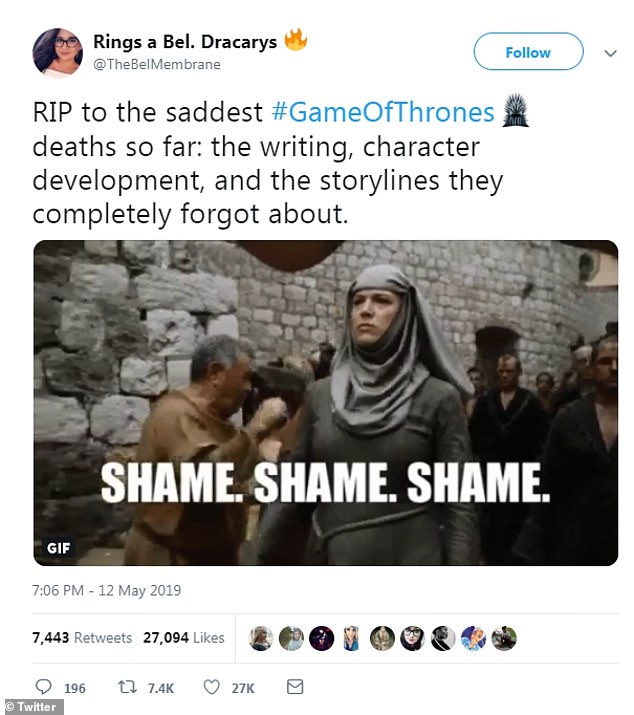 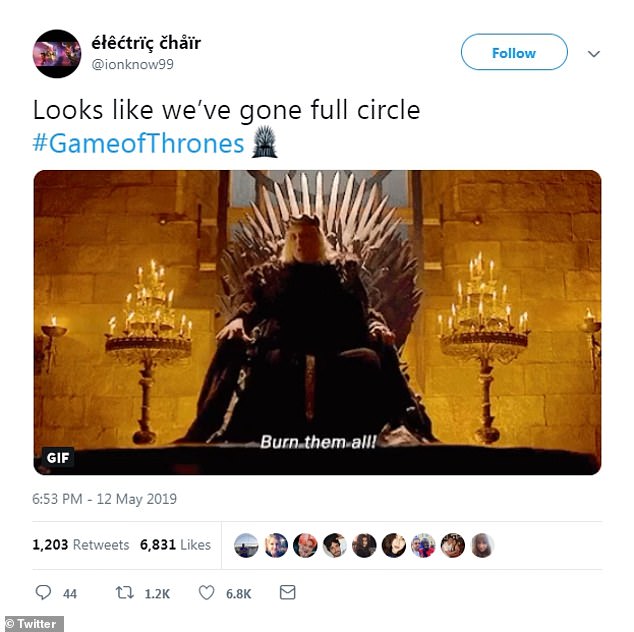 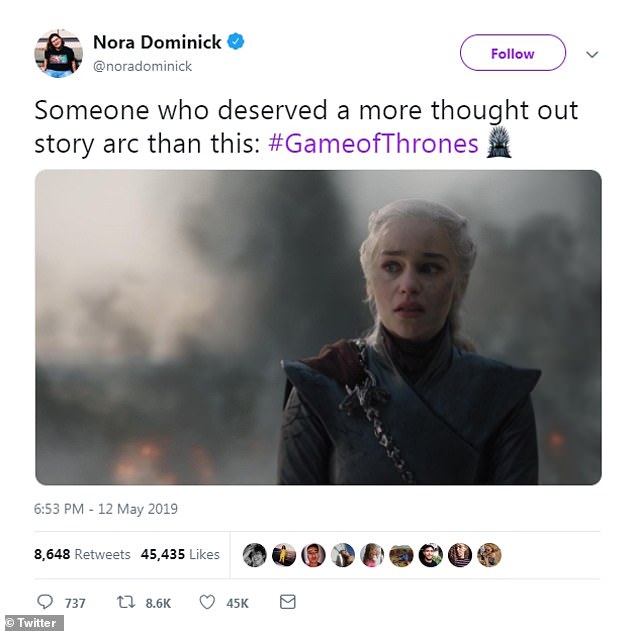 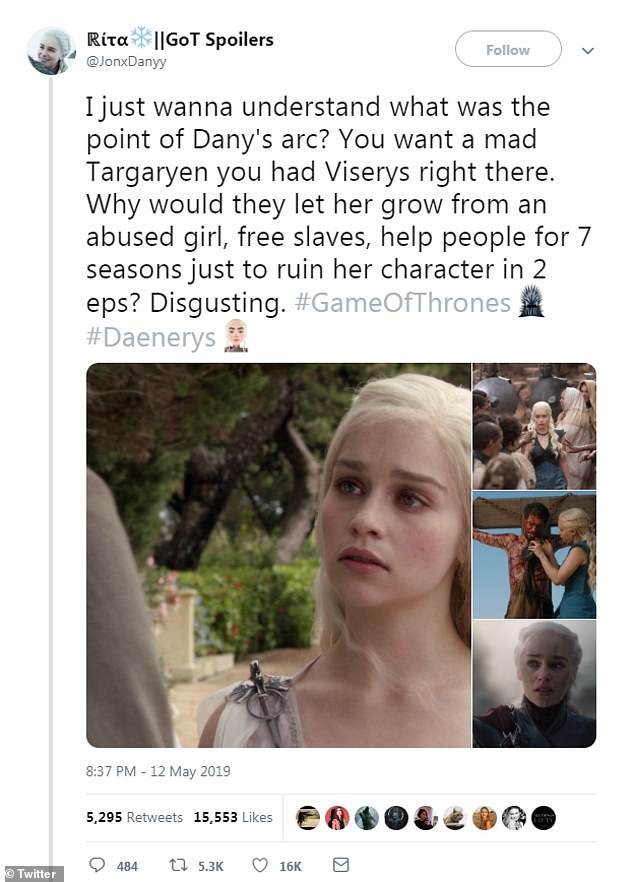 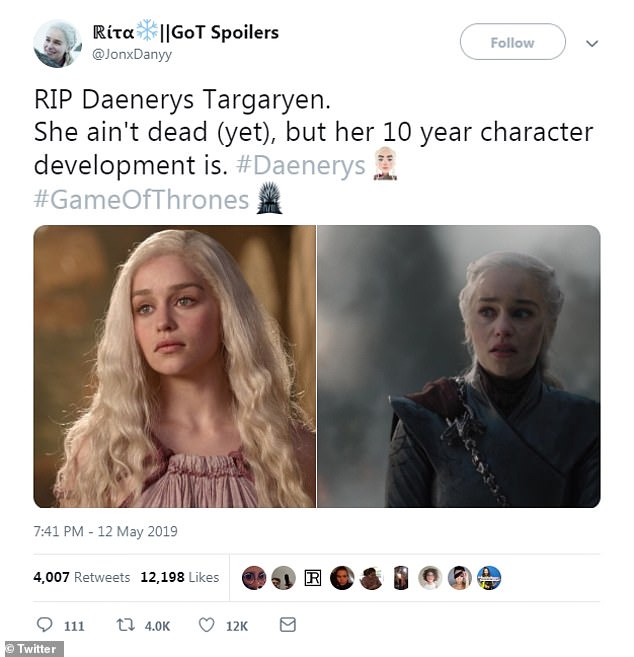 Upset: Viewers were shocked to see Daenerys become the Mad Queen during the show’s fifth episode as she burned the city to the ground, and they took to Twitter to complain

Meanwhile fans were also left feeling frustrated by Jamie and Cersei’s storyline, as the former had abandoned his twin in season seven only to return to her side during Daenerys’ siege to try and save her.

Many expected Jamie to kill his sister, fulfilling a prophecy she received as a young girl from the witch Maggy the Frog which claimed she would meet her end at the hands of the Valonqar, which means Little Brother in High Valyrian.

Instead, the pair died in each others arms in the cellars of the Red Keep, after their escape route was blocked and the walls collapsed around them.

Another added: ‘I really hate to admit this, but that Jamie/Cersei death was garbage. Cersei deserved worse, and Jamie all but redeemed himself over the whole show just to crawl back to Cersei!? Who was the brother that was prophesied to kill her!’

While one criticised the story, as they said: ‘Jaime running back to Cersei tracks for me; she’s his addiction. Jaime turning his back the people of king’s landing – the people for whom he sacrificed all of his personal good will and saved in robert’s rebellion – is complete character assassination.’

Sharing an image of Jamie knighting Brienne of Tarth from episode two, one user added: ‘I’m just going to pretend this man died at the Battle of Winterfell and his character arc ended right here.’ 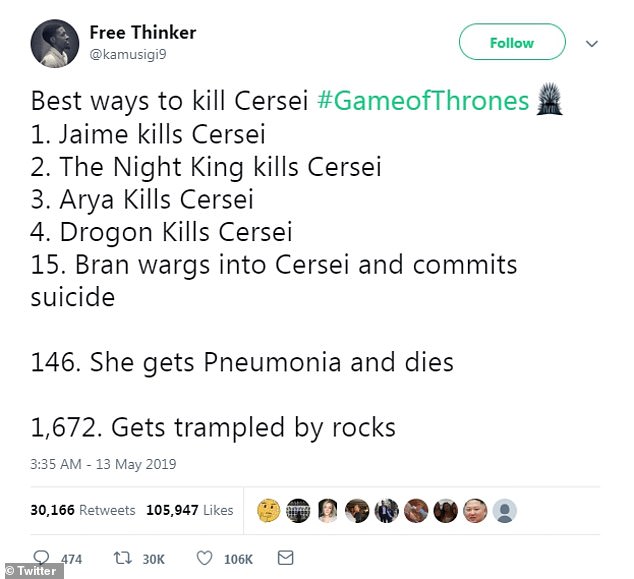 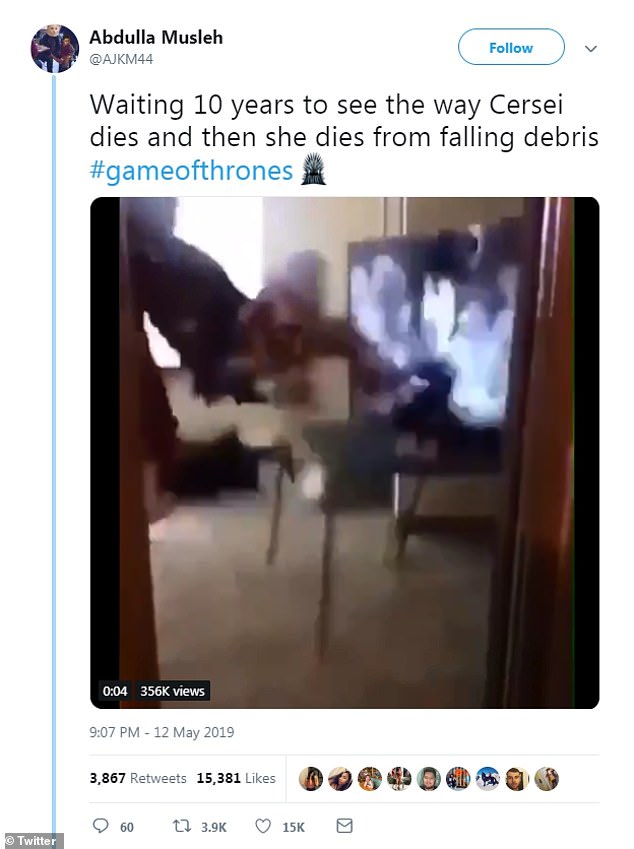 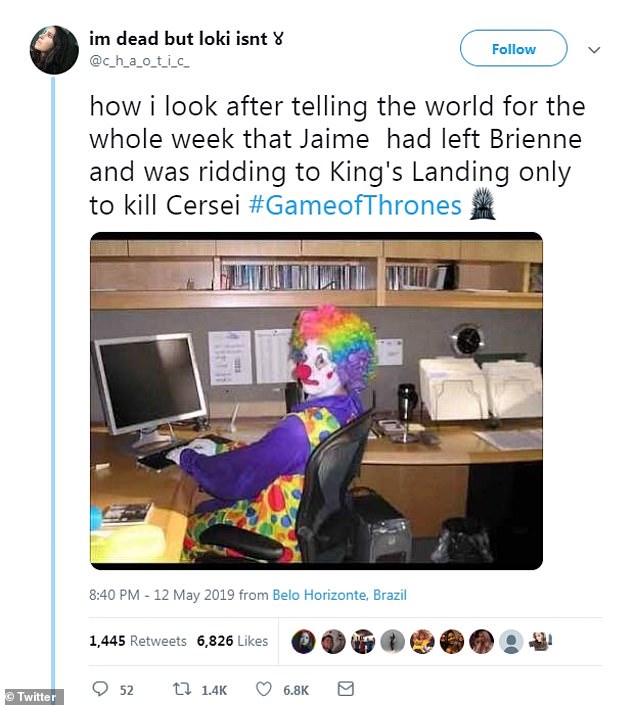 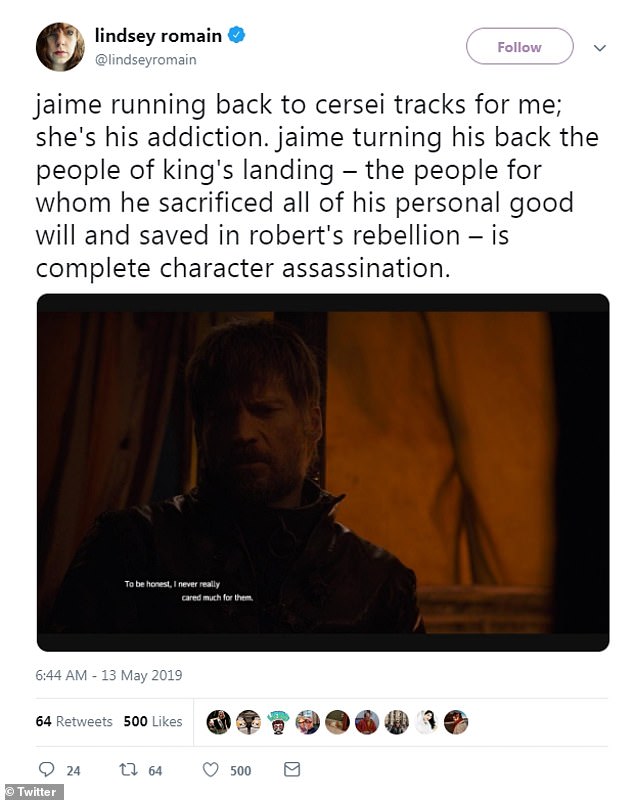 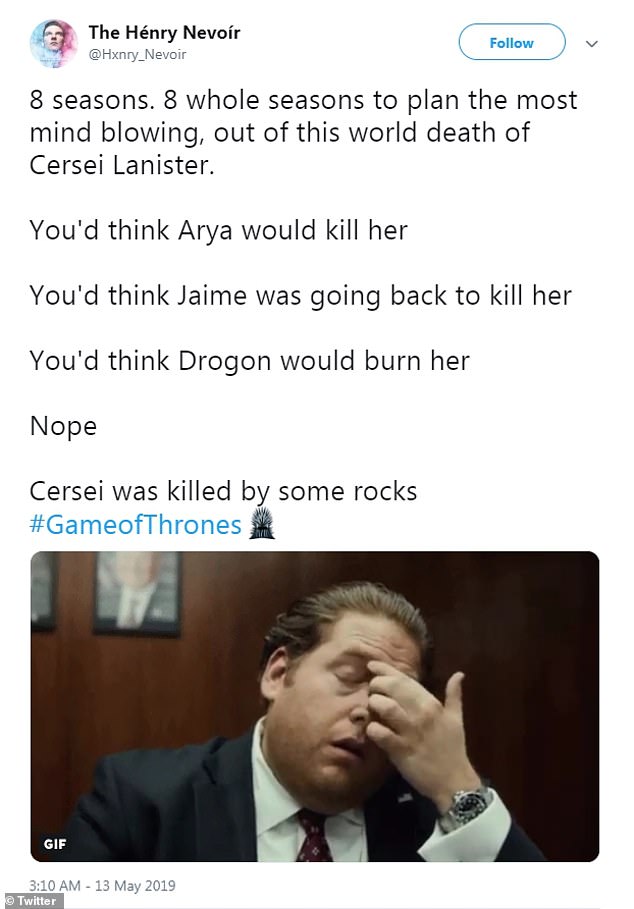 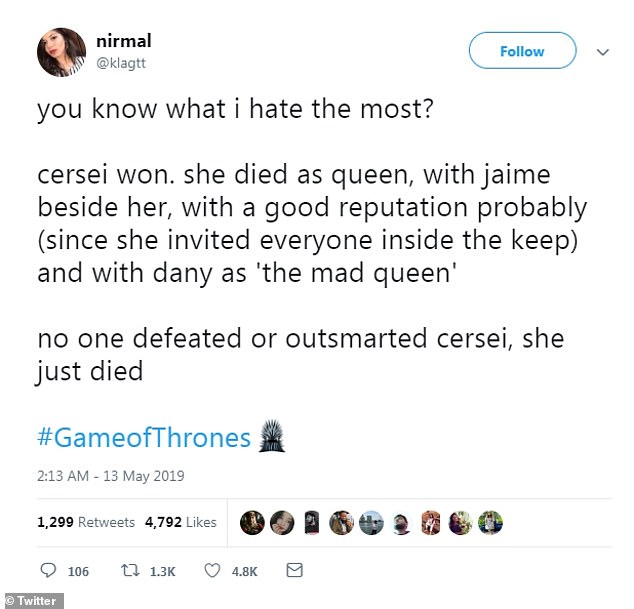 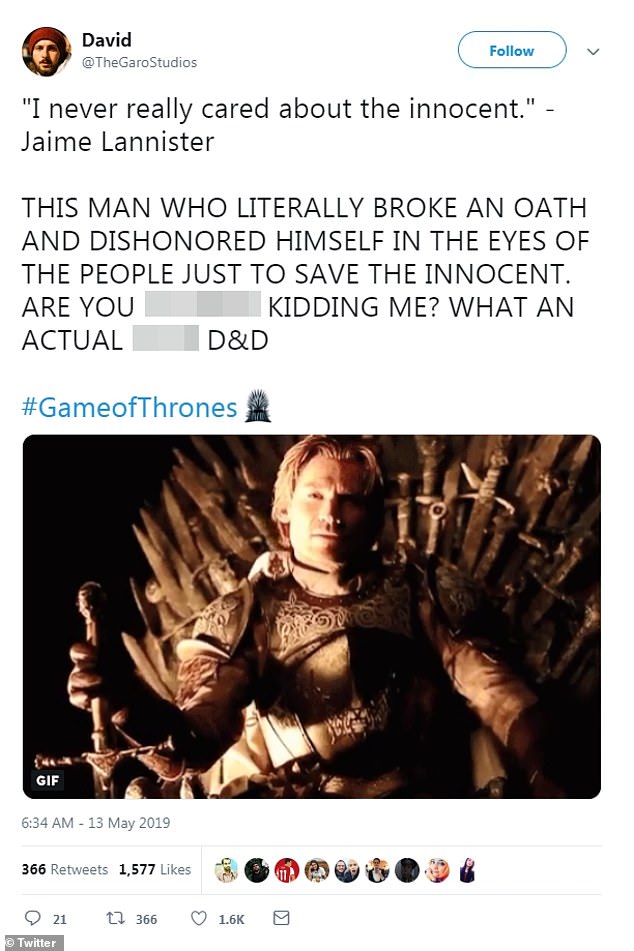 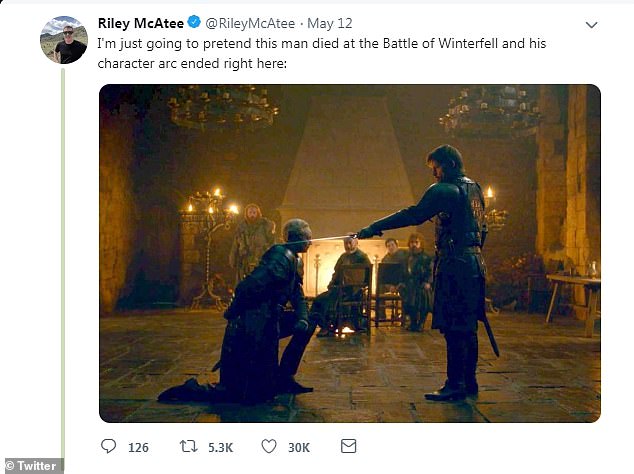 The show is set to come to a conclusion on Sunday night, opening with Daenerys on the Iron Throne following her brutal destruction of King’s Landing.

While it’s unclear what is set to happen, characters like Arya, Jon and Tyrion are sure to confront her over her rash actions after witnessing the violence first-hand.

Game of Thrones concludes on HBO in the US, and is screened simultaneously at 2 AM on Sky Atlantic and NOW TV in the UK, on Sunday night. 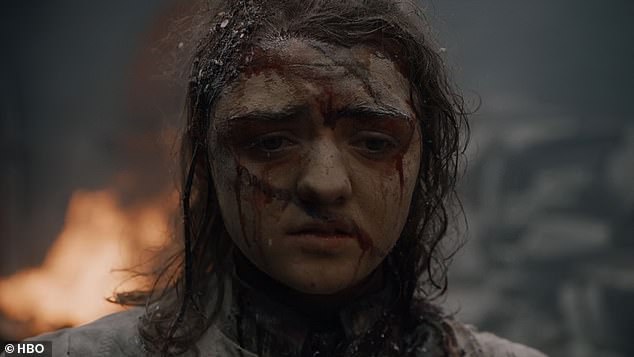 Back soon: Game of Thrones continues on HBO in the US, and is screened simultaneously at 2 AM on Sky Atlantic and NOW TV in the UK, on Sunday night