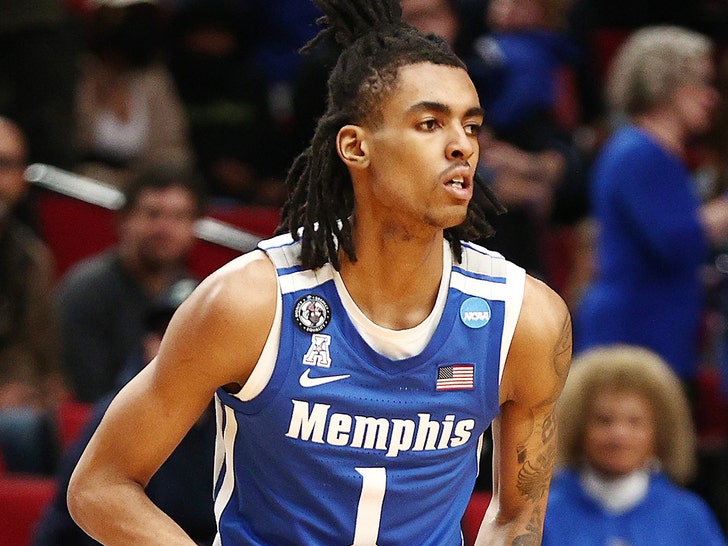 11:57 AM PT — EMU has just suspended Bates indefinitely over the arrest.

“We are aware of a situation involving men’s basketball student-athlete Emoni Bates,” the school said in a statement Monday morning. “Eastern Michigan University takes all allegations of this nature very seriously. Per department policy, he has been suspended automatically from practice and playing privileges until the legal process is resolved.”

“Because this is an ongoing legal matter, the University will have no further comment at this time.”

Emoni Bates — the No. 5-ranked high school basketball player in the country in 2021 — has been charged with two felonies after he was arrested on Sunday, TMZ Sports has confirmed.

According to court records, the 18-year-old — who now plays for Eastern Michigan University — was charged with carrying a concealed weapon and altering ID marks on a firearm.

The charges stem from an arrest Sunday in Superior Township, Michigan. The Washtenaw County Sheriff’s Office told WXYZ Detroit officers initially pulled over Bates for allegedly failing to stop at a stop sign — and cops say they found a gun on him during the ensuing investigation.

Jail records show he was booked at 11:19 PM and is currently still in custody as of Monday morning.

Bates’ attorney, Steve Haney, told ESPN on Monday, “Reserve judgment on this … There’s way more to the story. He borrowed someone’s car, was pulled over and a gun was located in the car.”

Bates was a star basketball player at Ypsi Prep Academy in Michigan — and finished his 2020-2021 season just below Chet Holmgren and Paolo Banchero on national H.S. rankings lists.

He ultimately signed with Memphis — but transferred to Eastern Michigan after starting just 13 games in his freshman season.

He’s expected to be a key player on this year’s Eagles team.