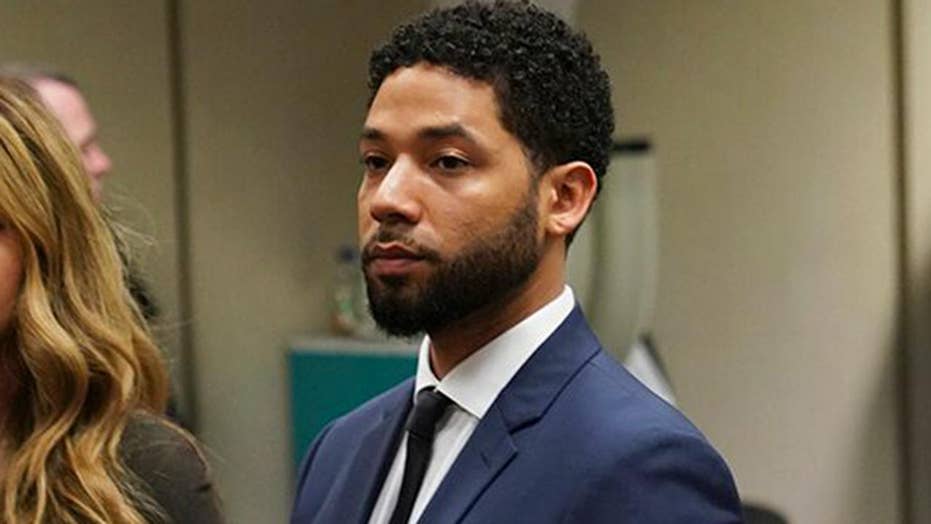 Judge steps aside in the Jussie Smollett case

Judge LeRoy K. Martin Jr. will leave the decision on whether to assign a special prosecutor to investigate Kim Foxx’s handling of ‘Empire’ star Jussie Smollett’s case to the presiding judge instead; Matt Finn reports from Chicago.

Fox announced that its hit drama “Empire” will end after Season 6 and that there are still no plans to bring back Jussie Smollett’s character.

The series recently aired the Season 5 finale after writing the embattled star out of the final episodes. Smollett was accused of faking a hate crime attack against himself in Chicago. He maintained his innocence and the 16 charges against him were ultimately dropped.

Speaking to reporters during a press call Monday, Fox Entertainment CEO Charlie Collier revealed that Season 6 will be the show’s last.

“We're turning the final season of Empire into a large television event. If you look at what we're doing with Empire… we really are trying to go out guns a-blazing," Collier said (via Entertainment Tonight). "One of the great benefits of announcing a final season is to allow the fans to lean in and to have the ending they deserve, and that's everything we're trying to do with this iconic series. Six years is a pretty remarkable run for a drama series and we feel good about it."

As Variety notes, Collier was asked if the news means Smollett’s character, Jamal, will return for a final farewell. He explained that there are no such plans, but that it’s possible.

“At this point, we have no plans for that,” Collier said. “The writer's room for next season hasn’t even gathered yet.”

20th Century Fox TV previously told Fox News that there were no plans to include Smollett in Season 6 of “Empire” despite his contract being extended.

A spokesperson for Smollett told Fox News at the time: “We've been told that Jussie will not be on ‘Empire’ in the beginning of the season but he appreciates they have extended his contract to keep Jamal’s future open. Most importantly he is grateful to Fox and ‘Empire’ leadership, cast, crew and fans for their unwavering support.”

“Empire” showrunner Brett Mahoney previously said that Season 6 will be a “reset” for the series and that he believes other characters will step up narratively to fill the void left behind by Jamal’s absence.

Deena Cortese Reveals Baby Name (Is It What You Expected?)