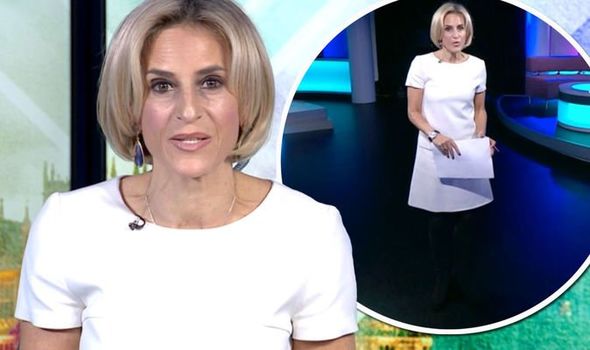 Newsreader Emily Maitlis appeared to be literally legless in the latest instalment of Newsnight. The TV star, who turned 50 last month, joked about being a “hologram” after a viewer pointed out a major studio blunder via Twitter.

Emily sported a white dress for her stint on television last night and opted for a pair of black tights to keep warm and complete her outfit.

Unfortunately, the lighting in the dark studio meant that the hosiery was not visible on camera as she stood up to speak to viewers at the top of the programme.

The blunder meant the broadcaster appeared to be floating in the middle of the studio.

Actor and comedian David Schneider took to the micro-blogging site after noticing the mishap. 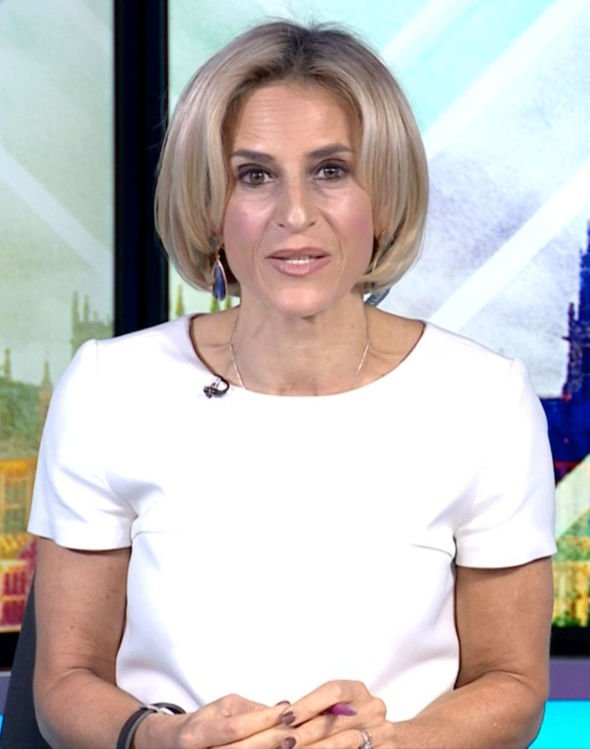 He posted a screen grab from the programme online, in view of his 478,500 followers.

“As if 2020 wasn’t already bad enough, Emily Maitlis has been robbed of her legs. #Newsnight,” the On the Hour star captioned his post.

“I now work from home with my own hologram. Perfect for quarantine,” she quipped 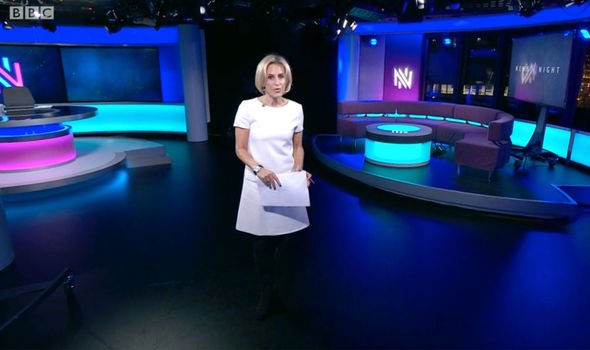 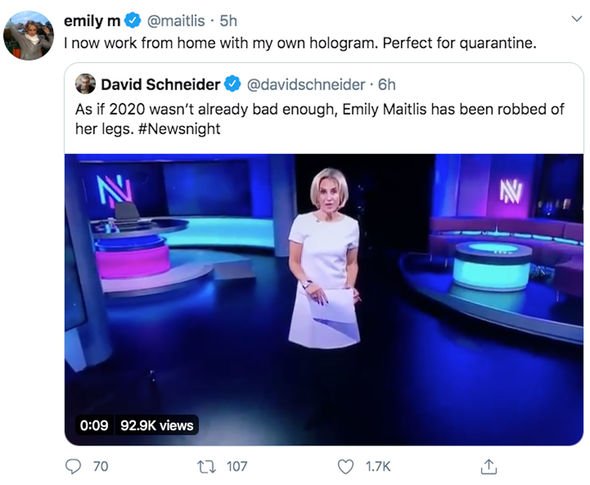 “Now there’s an idea, I could send a hologram to work & stay safe at home,” one Twitter follower wrote in the comments section of the post.

“You’re projecting yourself across space using the Force,” another follower joked referring to the Star Wars franchise.

A third social media user cheekily remarked: “Now we can all say that we’ve seen Emily Maitlis legless and she didn’t embarrass herself one little bit.”

Confused if Emily was actually in the studio or standing in front on a green screen a third follower added: “Yeah that was a bit of an oops. 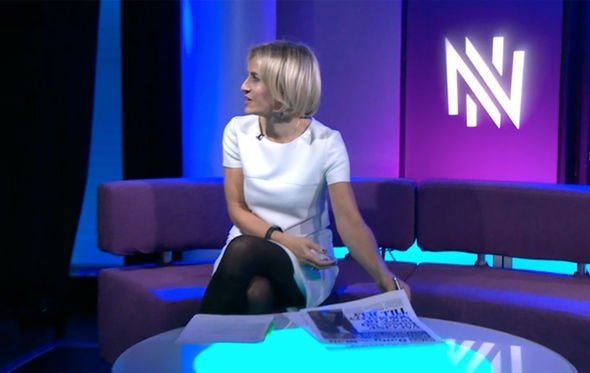 “Are you not actually standing in the studio for that part, and they put it in via green screen?”

Emily was in fact in the Newsnight studio on Tuesday evening.

Later in the BBC programme she could be seen sitting on the studio couch to discuss the newspaper headlines.

Her legs, clad in their opaque tights, were more visible against the backdrop of the purple seating area.