Home » Celebrities » Emily Blunt in Michael Kors at the Met Gala: needs a little something or perfect? 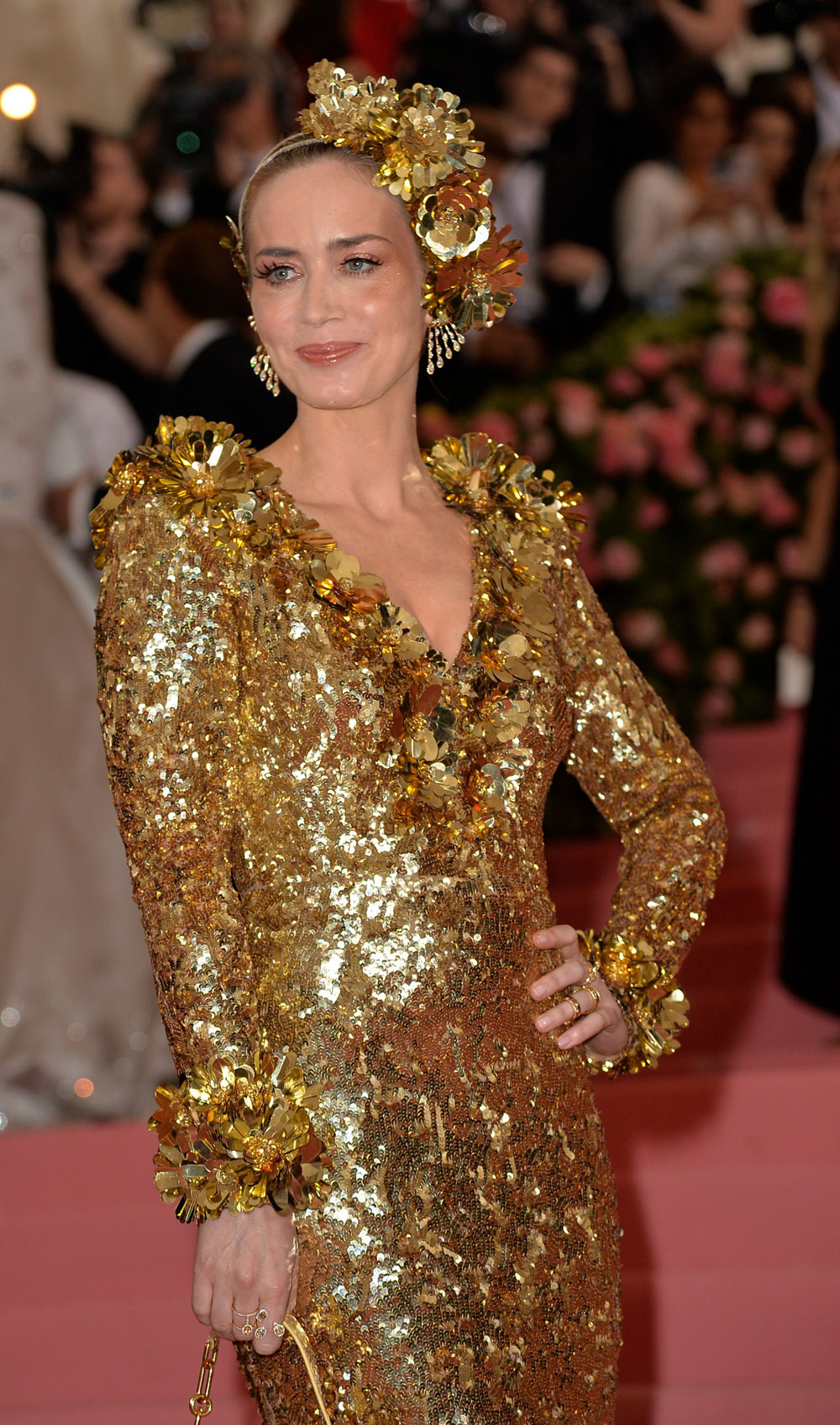 Emily Blunt’s default style can be campy. Remember the crazy Dolce & Gabbana jacquard suit with the giant bowtie she wore to the Writers Guild Awards? So I guess I’m expecting a little something more from her other than a sh-tton of gold sequins, but this is quite fun and I love those layered metallic flowers, which are very 60s and 70s. I think she’s wearing just one false eyelash. She’s having a good time. 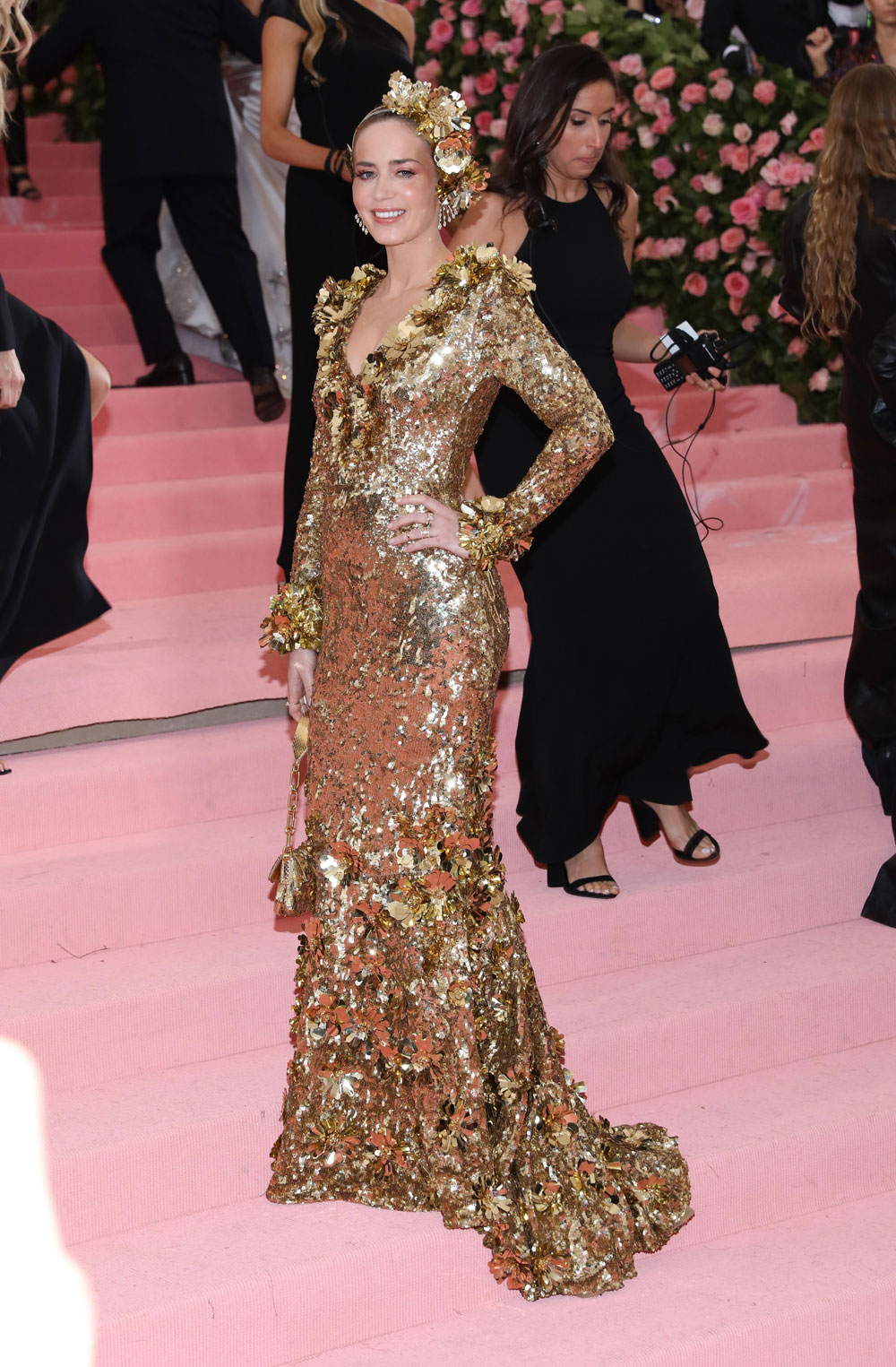 Tiffany Haddish’s Michael Kors silver sequin leopard print bell bottom suit was just awesome. This is tacky and it’s campy. I didn’t even recognize her with that blonde wavy hair. She showed the E! reporters the chicken she had in her purse because they don’t have enough food for people. She was there last year so she knows. How do they not have enough food at that event? I don’t get that at all. Do they put the food away early, like at the Golden Globes? Look at her posing like a boss. 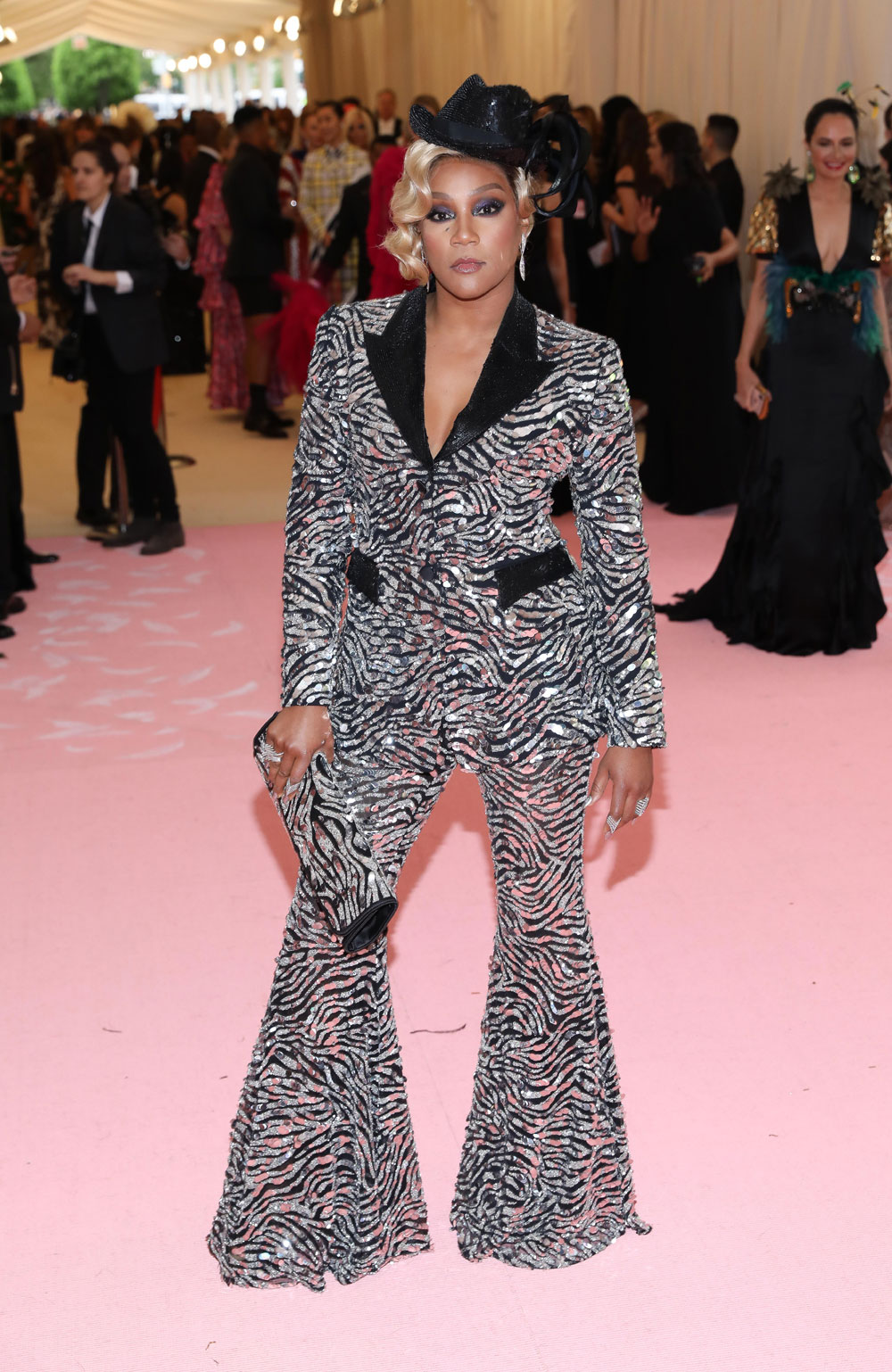 Bette Midler and her daughter, Sophie von Haselberg, were both in Michael Kors. A lot of headlines are saying that Bette is channeling her Hocus Pocus character. As Kaiser often says, go ahead and yell at me, but I don’t remember ever seeing Hocus Pocus. It wasn’t a film of my youth. Also I’m over Bette for a few reasons. It’s cute that she went with her daughter though and her daughter is nailing the theme.

Zoe Saldana was beautiful in a bronze Kors gown with sequin embellishments and a feather shawl. She’s styled to look like Diana Ross. Zoe has really grown on me and her husband, Marco Perego, seems supportive too. He could have stepped it up a notch but he’s letting her shine. 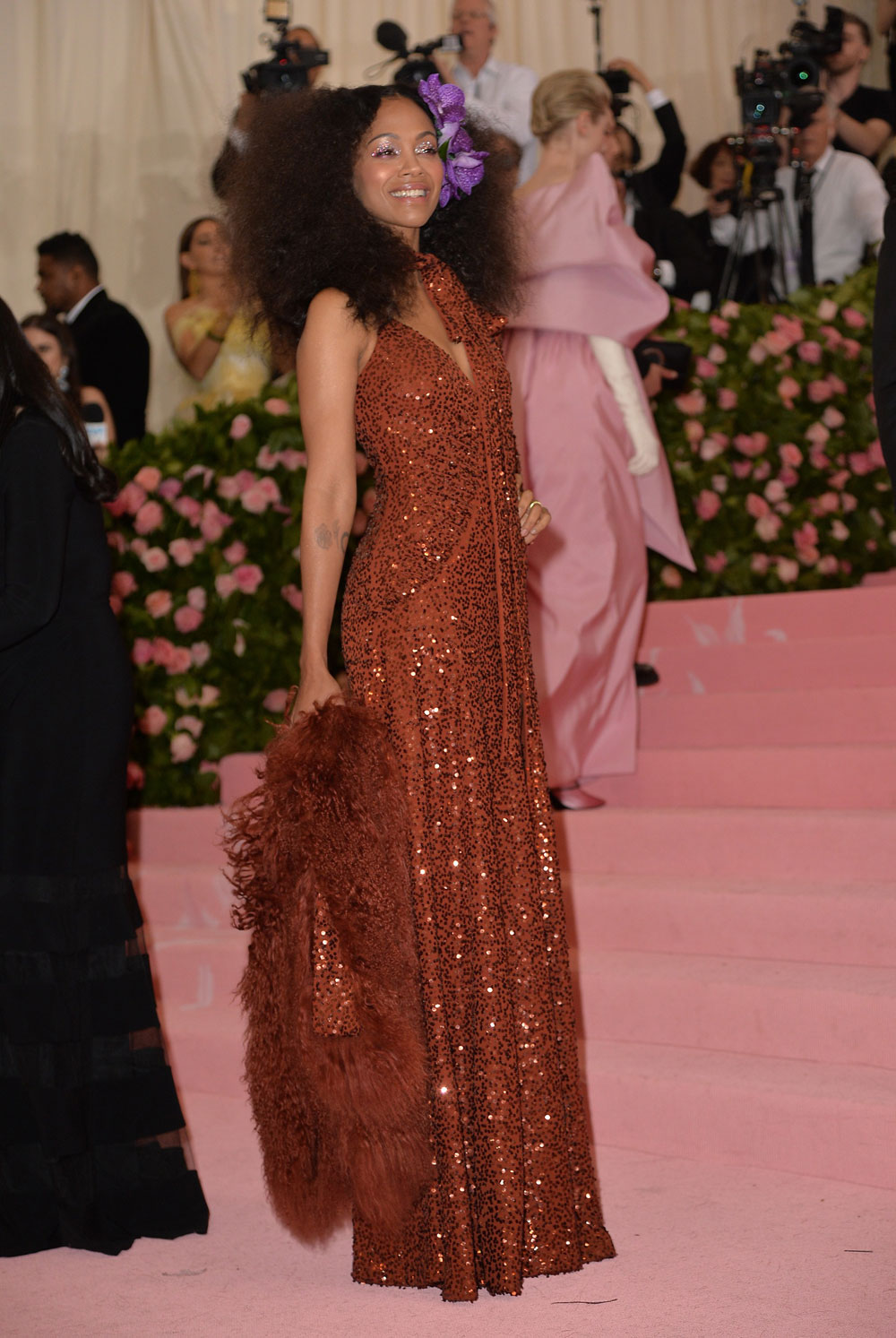 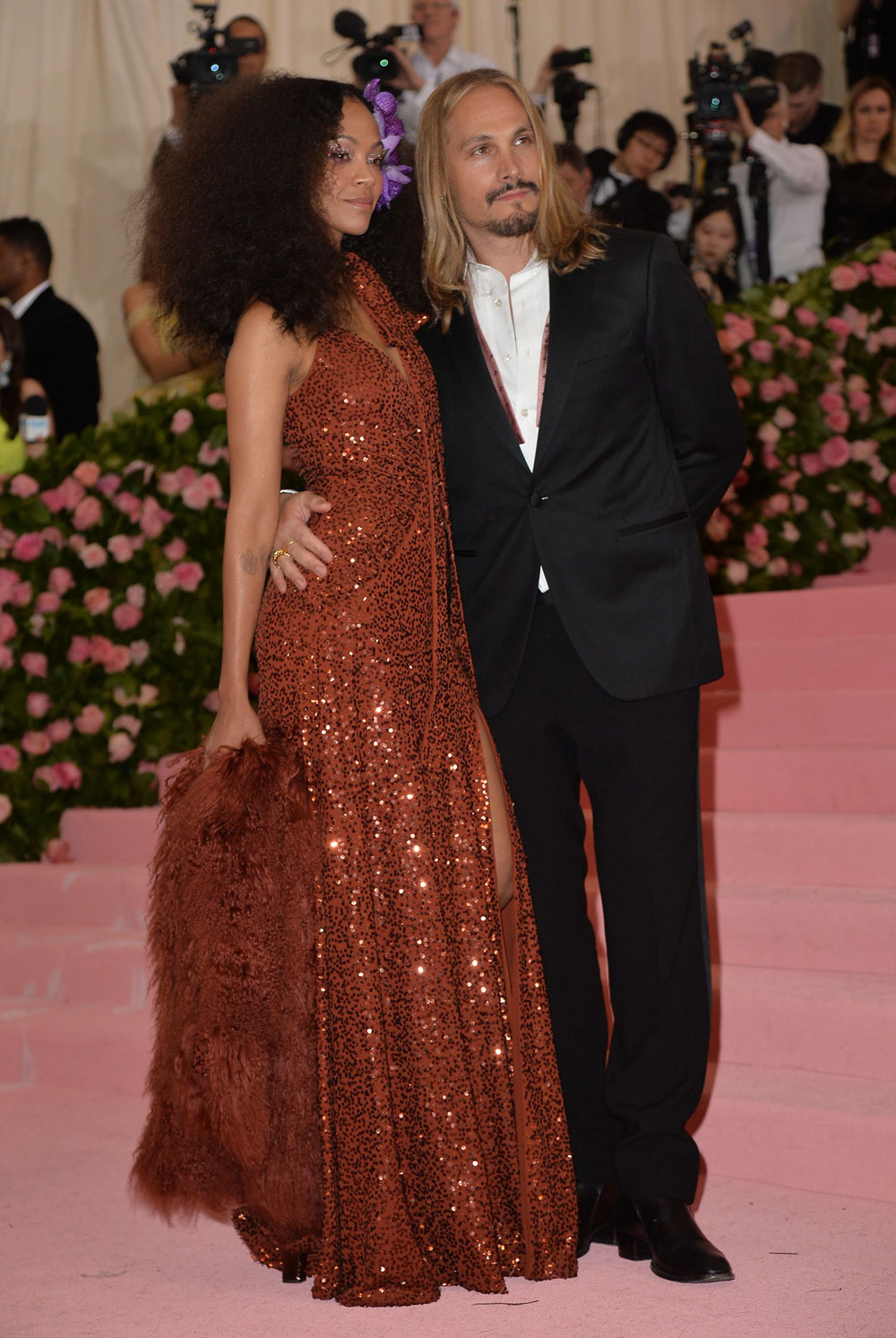