Kids always get excited by flying, but not the way Monique Grayson did. She took her first flight when she was around 12 years old, and from the moment her family arrived at the airport, Grayson was in awe. She wanted to know everything, she tells Elite Daily. "What’s propelling the airplane to get from point A to point B?" Grayson wondered. "How in the world are we being held up in the air?" Now, as a pilot for Delta Air Lines, she knows exactly how.

As a commercial pilot with Delta Air Lines, Grayson is responsible for everything from your vacation travel to getting you home for the holidays. No two weeks are exactly the same for the Atlanta, Georgia-based Grayson, but she typically flies an average of four days a week, and there’s no telling where. She might work a transcontinental flight, or fly short hops from Atlanta to Florida or other nearby areas. She also does quite a bit of flying to the Caribbean. Depending on what routes she has on her schedule, Grayson might fly anywhere from one leg to four legs on a given day. She’s on duty, though not necessarily flying, for about 90 hours per month, which comes out to an average of eight or nine hours per day. Her favorite route, she says, is the one from Atlanta to San Francisco, because she has family on the West Coast. And while seasoned travelers may be used to them out of necessity, Grayson tells Elite Daily that she genuinely enjoys flying red-eyes.

"It’s so much more relaxed and quiet," Grayson explains, "and I also know that when I get off work at 5 or 6 o’clock in the morning, most people are coming to work, so I get to enjoy the rest of the day at home." 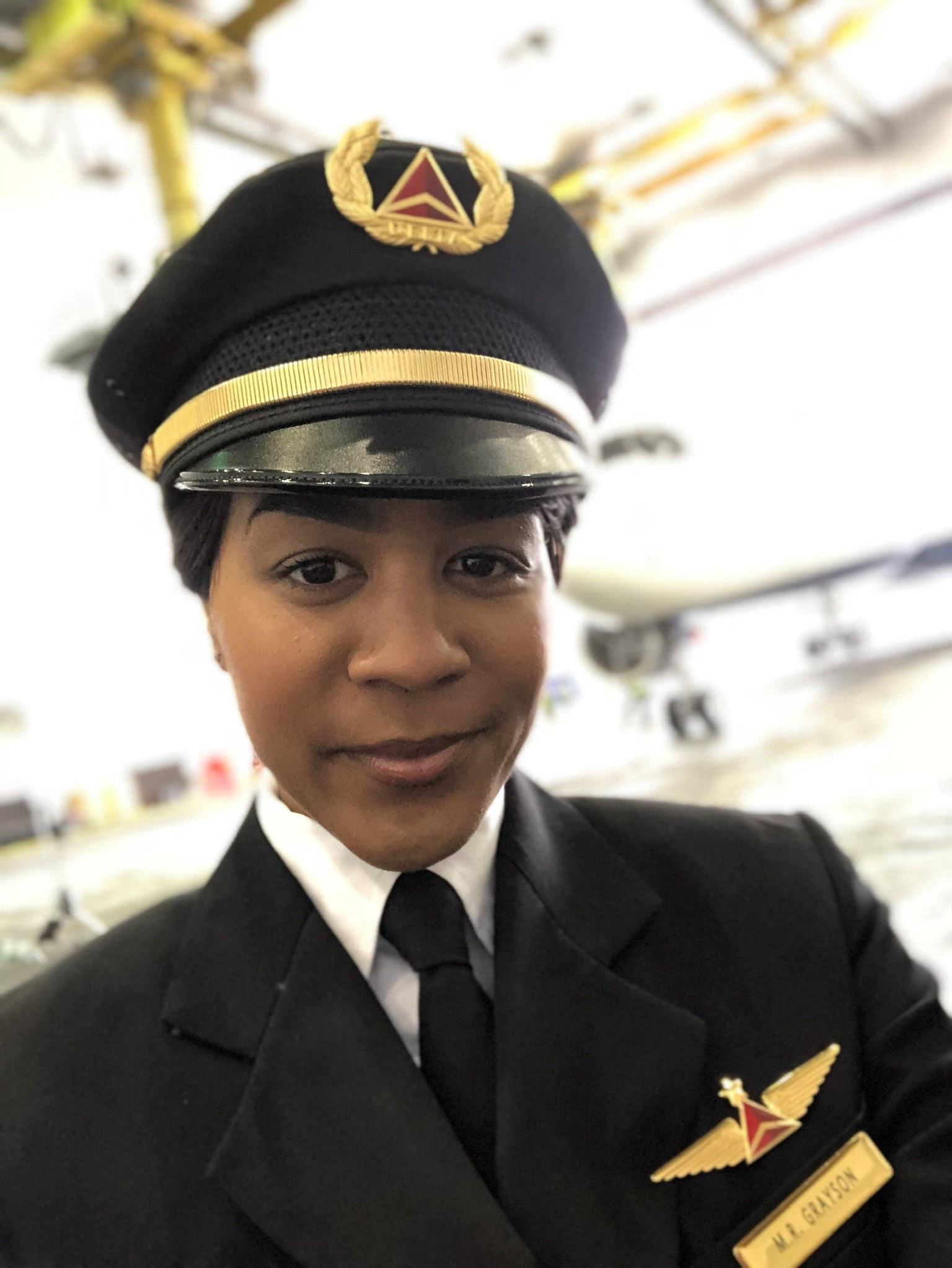 Another perk? Obviously, the travel itself. "[You] have the opportunity to travel for a living, like you get paid to travel from point A to point B," she says. She enjoys exploring new places and trying new foods, but she also likes to have some control over when she’s back at home in Atlanta. That’s why her schedule isn’t the same from week to week. With seniority, Grayson says, pilots have more control over their schedules. She can’t always choose her schedule or routes, but she can make requests regarding how long she’s away.

The flexibility Grayson has in her schedule is in part because she is paid hourly, and isn’t salaried. This is an industry standard; airlines typically pay their pilots an hourly wage plus a per diem rate. Nonetheless, there are downsides. While Grayson does have some flexibility with her schedule, there are times when she has to work over the holidays — and that means not being able to spend time with her family. "It’s bittersweet," she says. "When you get to the destination and you’re exiting the airport and you see all these family members out there with their signs … and you get to witness that first reunion with your passengers on the airplane, when they’re coming to meet their families, that is the most beautiful thing ever." 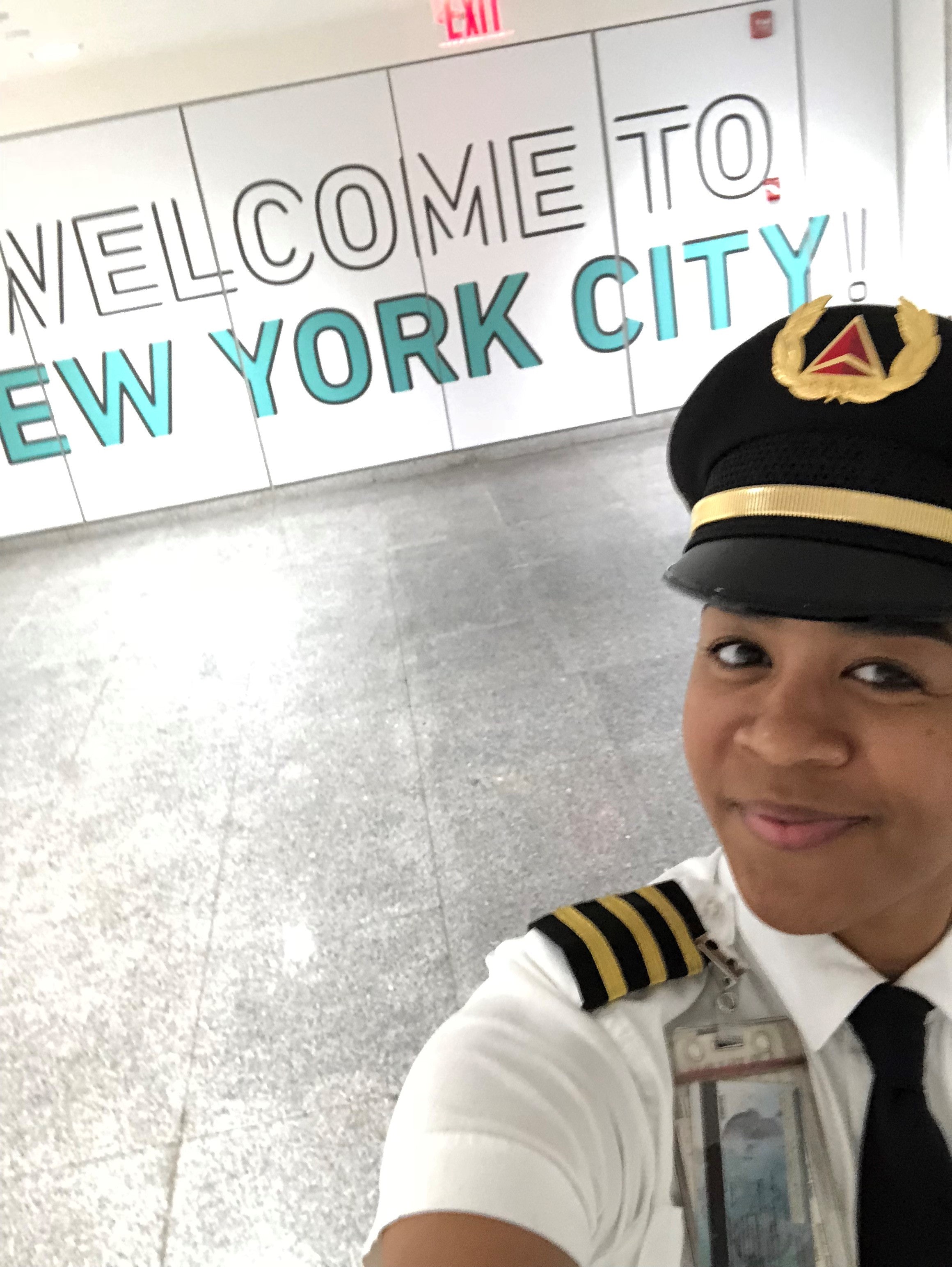 As of 2019, Grayson, 33, has been a pilot for nine years, but it took her almost as many years — and a planeload of certifications — to get there. She first started flying at age 19, when she was a student at Western Michigan University (WMU) double-majoring in aviation flight science and Spanish. Her first professional milestone was acquiring a private pilot certificate, which Grayson likens to obtaining a driver’s permit. A private pilot certificate is a prerequisite for the other qualifications and certifications that pilots must obtain before flying commercially. Next was an instrument rating certification, which confirms a pilot’s ability to fly using the instruments within the aircraft. This is a necessary skill, particularly on cloudy or foggy days when a pilot can’t see what’s happening outside. In order to be paid for flying, she then needed a commercial license, which she got while still in college. Finally, to transport passengers, she needed her airline pilot certificate, which she got when she was hired for her first job out of college. The whole process took around five years, and to make ends meet while she got her qualifications, she got a job in housekeeping.

"My father told us that you need to do what you do to take care of your responsibilities at home," Grayson recalls. "That wasn’t the job that I had sought out and there was nothing wrong with the job, but it just wasn’t what I had dreamt of doing."

But in 2011, Grayson got her first airline gig with Pinnacle Airlines (now Endeavor Air). She subsequently went on to work for Compass Airlines, and since 2016, she’s been with Delta. Having worked in this field for nearly nine years, Grayson says there is so much she loves about being a pilot.

"The best part of my job is literally the job in itself, flying the airplane," she says. "My second favorite part of my job — it allows me to have a platform to go and inspire young people to follow their goals and dreams." Grayson is also part of Delta’s Propel program, a career path program for students who might be interested in an airline job. "I didn’t get hired at this airline to just fly the line," Grayson says. "I want to be able to make an impact, make a difference at this company and there’s a multitude of opportunities." 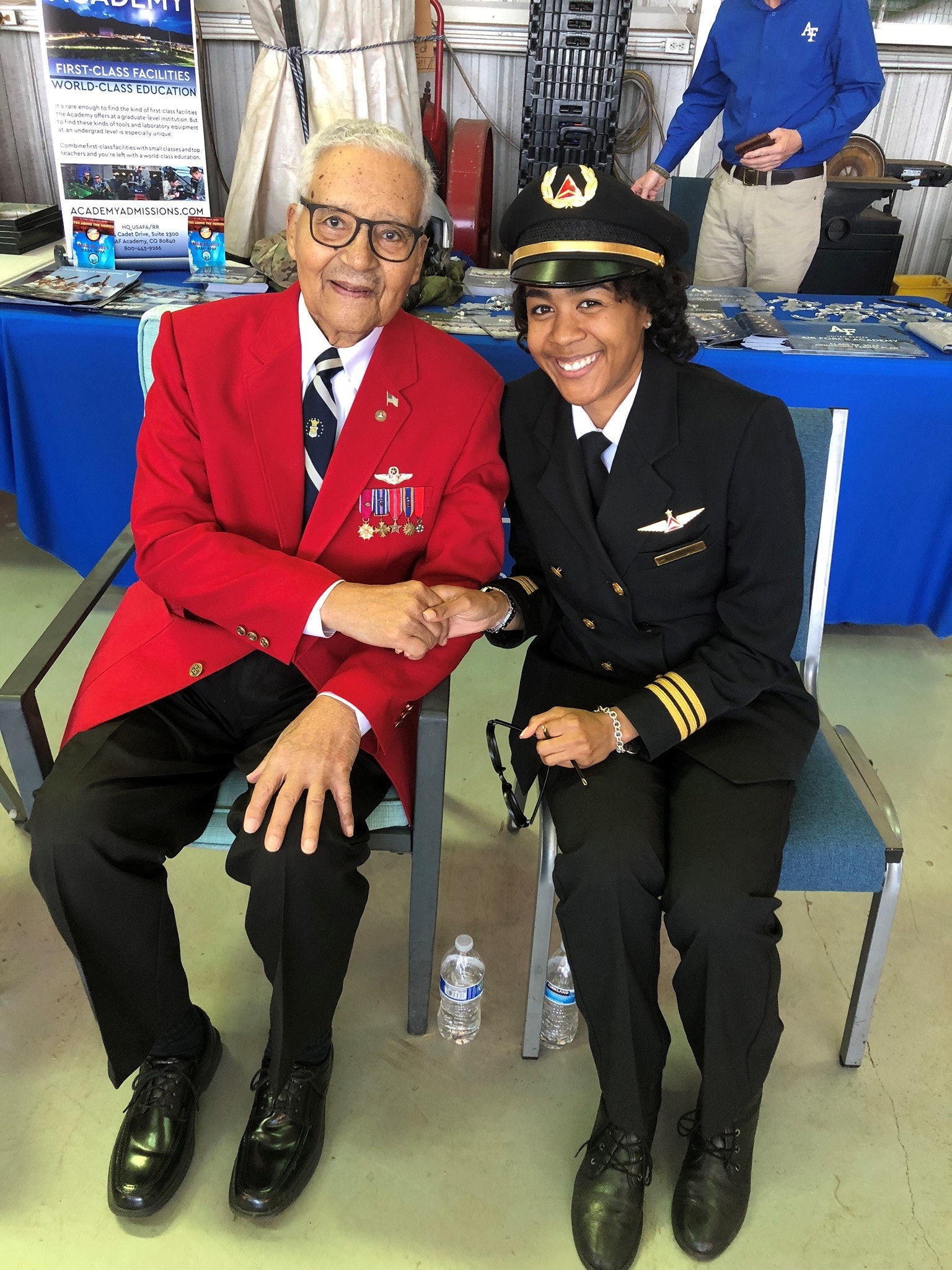 As an African American woman, even being in the field is an opportunity to create change. According to 2017 data from the Census Bureau, nearly 93% of aircraft pilots and flight engineers are white, while just over 3% are black. Similarly, roughly 93% of aircraft pilots and flight engineers are male, while an estimated 7% are female. At Delta specifically, roughly 5% of the airline’s pilots are women, compared to 4.8% at American Airlines and 7% at United Airlines, per CNBC. Delta Community Relations Coordinator Martha Whitt tells Elite Daily via email that 33.2% of Delta’s company leaders — which the company defines as people who "lead teams and/or have senior-level, strategic responsibilities" — were women, and 31.7% of leaders were minorities in Q3 of 2019. The airline says it has seen its female leadership increase by 1.2% and its minority leadership increase by 2.6% since 2017, which Delta attributes to an effort to diversify its team. While many airlines are trying to diversify their leadership and aviation teams, the industry still remains heavily white and male. Grayson views her position as an opportunity and a responsibility to be a role model for black girls who are interested in her line of work.

"It’s a shock every day when I go to work and people see [me] and they’re like, ‘Oh my gosh, you’re a pilot,’" Grayson recounts. "Nine times out of 10, people think I’m a flight attendant," she says, even when she’s in her pilot’s uniform.

One time, Grayson recalls, she went to speak at a school in Detroit with her flight instructor from college. They were both wearing the same pilot uniform, but Grayson recalls that the students at the school were asking her flight instructor all the questions. Finally, one girl turned to her and asked exactly what she did. Grayson told the girl she was a pilot, and her response stuck with her.

"’I didn’t know that African American females could be pilots’," Grayson recalls the girl saying. It devastated her. "I was so crushed to hear that," Grayson says, "but at the same time it was inspiring because I was able to show her, to change her thought process."

Grayson loves being a pilot, but she’s also been thinking about the next steps in her career. Grayson says she could eventually become a line check airman (the person who sits in the jumpseat and observes the pilot and captain during a crew check). This is a natural next step for her, because pilots that are already employed by an airline are typically top contenders for the job.

Grayson advises anyone interested in being a pilot to not give up just because an obstacle comes along. Even if you’re not in a position right now to pursue your dream job — or if you don’t know what that job might be — Grayson recommends going back to school if you’re able to, or at least taking some time to reflect.

"When it comes to your livelihood, your job, figure out exactly what it is you want to do with yourself," Grayson says. "Get yourself surrounded with people who will support you in your endeavors, people who will push you to get to where you need to be."

Matt Baker: ‘You’ve got to pretend’ The One Show host in Strictly Come Dancing admission