BBC Breakfast host Dan Walker, 43, has admitted he disagreed with BBC Radio 2 presenter Jeremy Vine’s comments about who should take responsibility when it comes to littering. After the BBC journalist told Jeremy that he disagreed over the fact that the “minority aren’t responsible”, he found himself clashing with one Twitter user about class.

Disagree with you, Jeremy

It comes after Jeremy shared a video which showed an overload of litter left across the road from a McDonald’s restaurant in Shepherd’s Bush.

The presenter opened up about his thoughts on the situation and revealed that because there was litter across the road from the McDonald’s branch, it was their responsibility to clean it up.

Alongside the video Jeremy wrote to his 758,000 Twitter followers yesterday: “McDonald’s, this is on you. My thoughts this morning. Tell me I’m wrong.”

The star went on to retweet his initial tweet and added: “Anyone who says, ‘People need to be more responsible, that’s the issue,’ is missing the point. 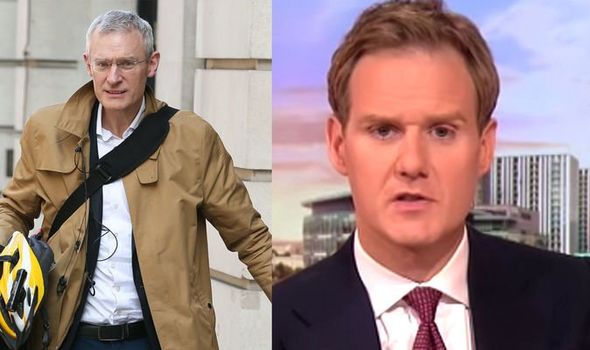 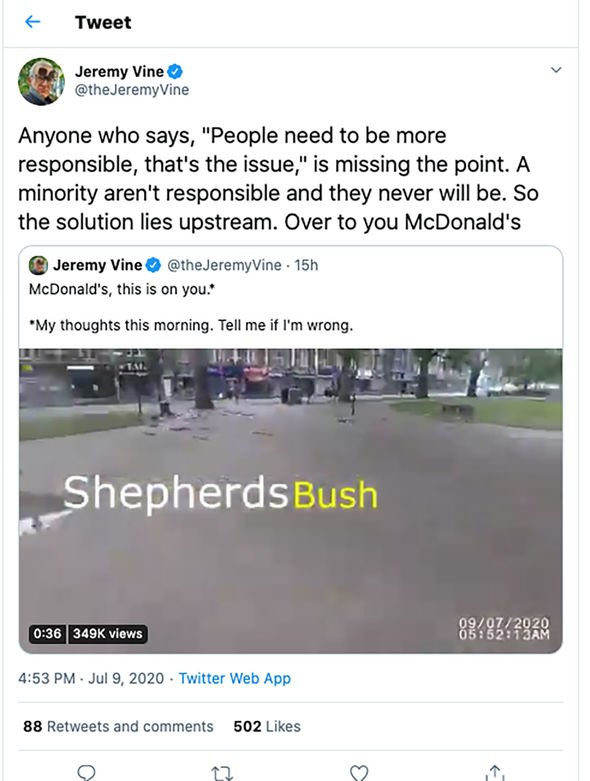 “A minority aren’t responsible and they never will be. So the solution lies upstream. Over to you McDonald’s.”

Soon after Dan saw Jeremy’s comments, he shared his tweets with his 665,000 Twitter followers and wrote: “Disagree with you, Jeremy.

“If someone dumps a fridge by the side of the road the blame lies with the numptie who ditched it not, Hotpoint.”

He continued: “We need more bins & more efficient collections but, for me, the ‘someone else will deal with it’ selfishness is at the root of the issue.” 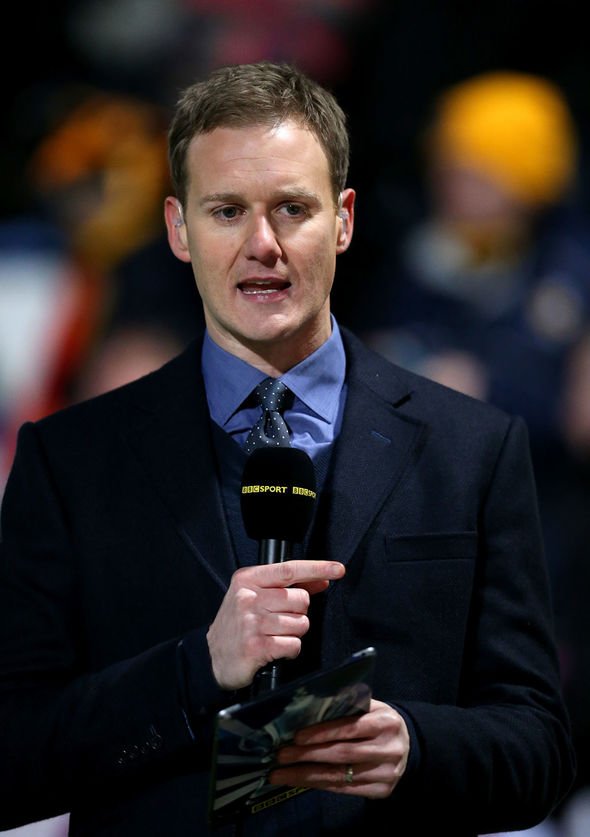 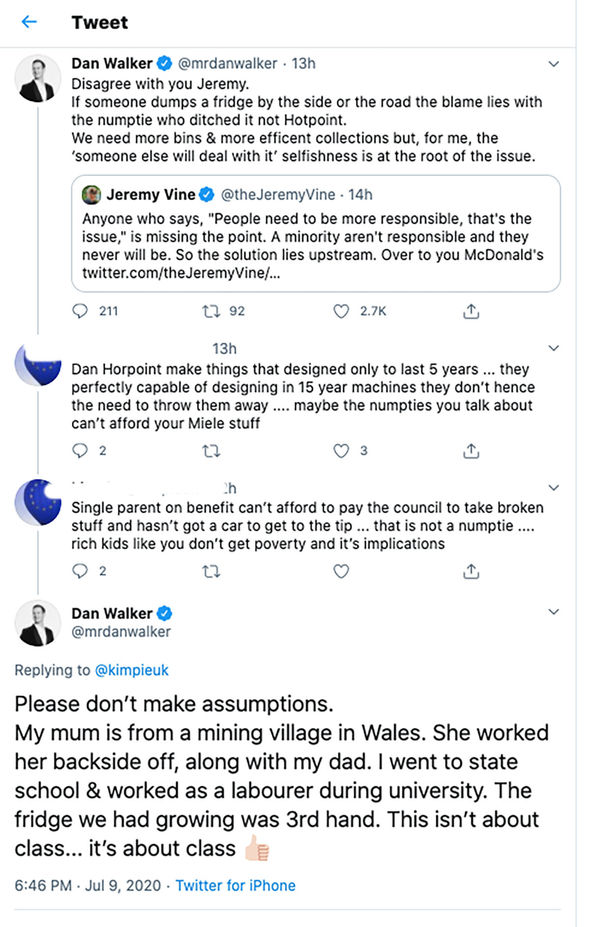 Fans were quick to pick up on Dan’s response and shared their thoughts on the heated situation.

One who agreed with the host replied: “Agree with Dan on this one.

“People need to take responsibility for their own actions and stop blaming others all the time.”

However, one fan who was less impressed with the presenter’s opinion went on to say: “Dan, Hotpoint make things that designed only to last 5 years… they are perfectly capable of designing in 15-year machines they don’t hence the need to throw them away…. maybe the numpties you talk about can’t afford your Miele stuff.

“Single parent on benefit can’t afford to pay the council to take broken stuff and hasn’t got a car to get to the tip… that is not a numptie…. rich kids like you don’t get poverty and it’s implications.”(sic)

Despite their comments, Dan proceeded to argue his point as he declared: “Please don’t make assumptions.

“My mum is from a mining village in Wales. She worked her backside off, along with my dad,” he confessed.

“I went to state school & worked as a labourer during university.”

The BBC Sport presenter concluded by adding: “The fridge we had growing was 3rd hand. This isn’t about class… it’s about class.”

One fan, who was pleased to see his reaction, wrote: “Love how easy you bat these comments away.

Is David Harbour Playing The Thing In ‘Black Widow’? Fans Have A New Theory