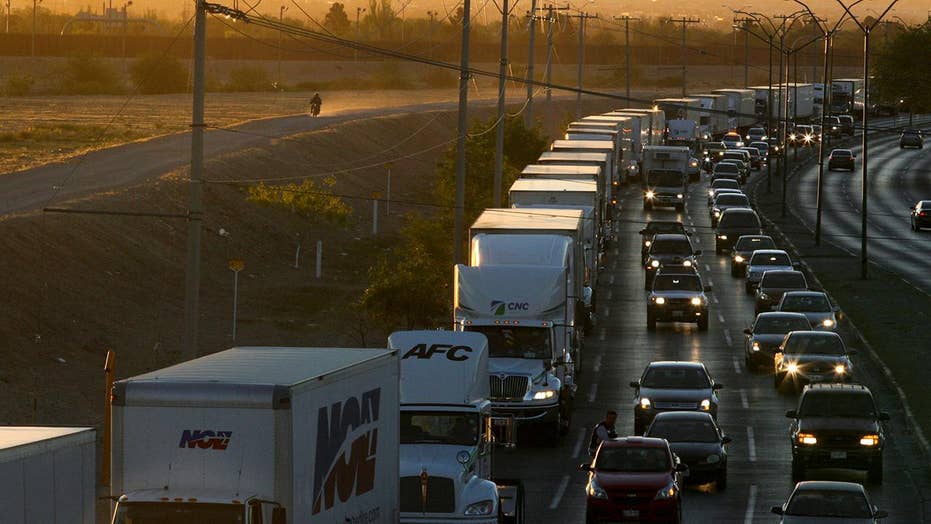 A CNN panel had a pretty pessimistic view of the U.S.-Mexico deal President Trump announced Friday in hopes of ending the migration crisis.

Late Friday, Trump tweeted that threatened U.S. tariffs against Mexico were being "indefinitely suspended" because Mexico had agreed to help slow the flow of migrants heading toward the U.S. border.

But some folks on the liberal news network were not impressed.

Former Republican U.S. Rep. Charlie Dent called the negotiations "bluster" and insisted that Trump never would have gone through with his tariff threat because it would have hurt border states like Texas, where he noted that Democrat Joe Biden was leading Trump in a new poll on the 2020 presidential race.

"We're all sort of props in this fake game of, you know, 'Let's Stick Up The Neighbors'," she said. "To me, it's such a predictable play here because we've seen President Trump run it so many times before.

"At the beginning of the week," she added, "how many people in Washington thought this is exactly where we would be on Friday night?"

"I think everybody did," CNN anchor Don Lemon responded.

Glasser went on to say Trump "failed completely" to control the border and slammed the "lack of normal policy process" leading up to the deal, calling the whole thing "theater."

CNN contributor and former Trump biographer Michael D'Antonio insisted this was no "art of the deal."

"He created this drama on Monday or Tuesday," D'Antonio said, "and I swear they must have locked up the Mexican delegation in the State Department to keep them there for nine or ten hours and then fed them well and they all had a laugh and they let them out and they said, 'Well, the problem is solved.'

"Well, there was no problem the beginning of the week to solve that was extraordinary," he added, "and now we just have this solution that nobody understands and that won't produce what the president actually promised, which was a big, beautiful wall that Mexico would pay for."

"Is this all about reelection?" Lemon asked.

"Of course it is," D'Antonio answered.

Lemon then invoked the nation's job numbers for May, which fell below expectations, and questioned if Trump's deal had anything to do with the weak stats.

"Do you think that may have weighed in on the president's decision to make a deal, maybe any deal here?" Lemon asked the Never-Trump Republican.

"I do," Dent responded. "The jobs report was clearly not what anybody wanted."

JoJo Siwa Takes Out Her Signature Ponytail, Shows Off Her Long Hair in Rare Glimpse!