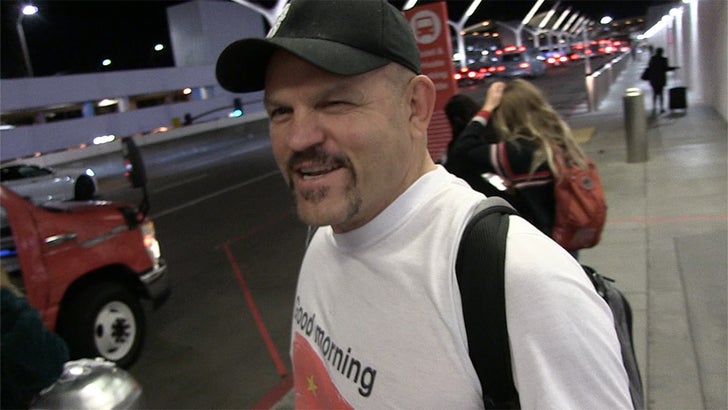 UFC Hall of Famer Chuck Liddell — one of the greatest MMA fighters of all time — says he’s finally “officially retired” from fighting … for now.

The 50-year-old legend has been undecided about his fighting career for a while — despite losing to Tito Ortiz in his last performance in Nov. 2018.

In fact, as recently as October 2019, Liddell told ESPN he was “undecided” about his future as a fighter.

But when we saw Liddell at LAX, he told us straight up, “I’m officially retired right now … for now.”

The former UFC lightweight champ had an amazing career — with a 21-9 pro record … including two historic wins over Tito Ortiz and two wins over Randy Couture.

Chuck was a pioneer in the world of MMA and is widely credited with helping to grow the UFC into the juggernaut it is today.

So, what’s next for The Iceman?! Chuck says he’s always been interested in the WWE … and has tremendous respect for pro wrestlers … “That would be a lot of fun!”

In the meantime, Liddell is still training like a maniac at Jay Glazer‘s Unbreakable Gym in West Hollywood where he works out with the likes of Wiz Khalifa and Demi Lovato!