A major milestone! Christy Carlson Romano shared her biggest achievements, including being five years sober, in a new TikTok video.

Stars Who Revealed They Got Sober

In the clip, Romano, 37, lip-syncs the song “Know Yourself” by Drake and added a caption to the post that read, “Graduated from [an] IVY league, Sober for 5 years, Have 2 daughters.” 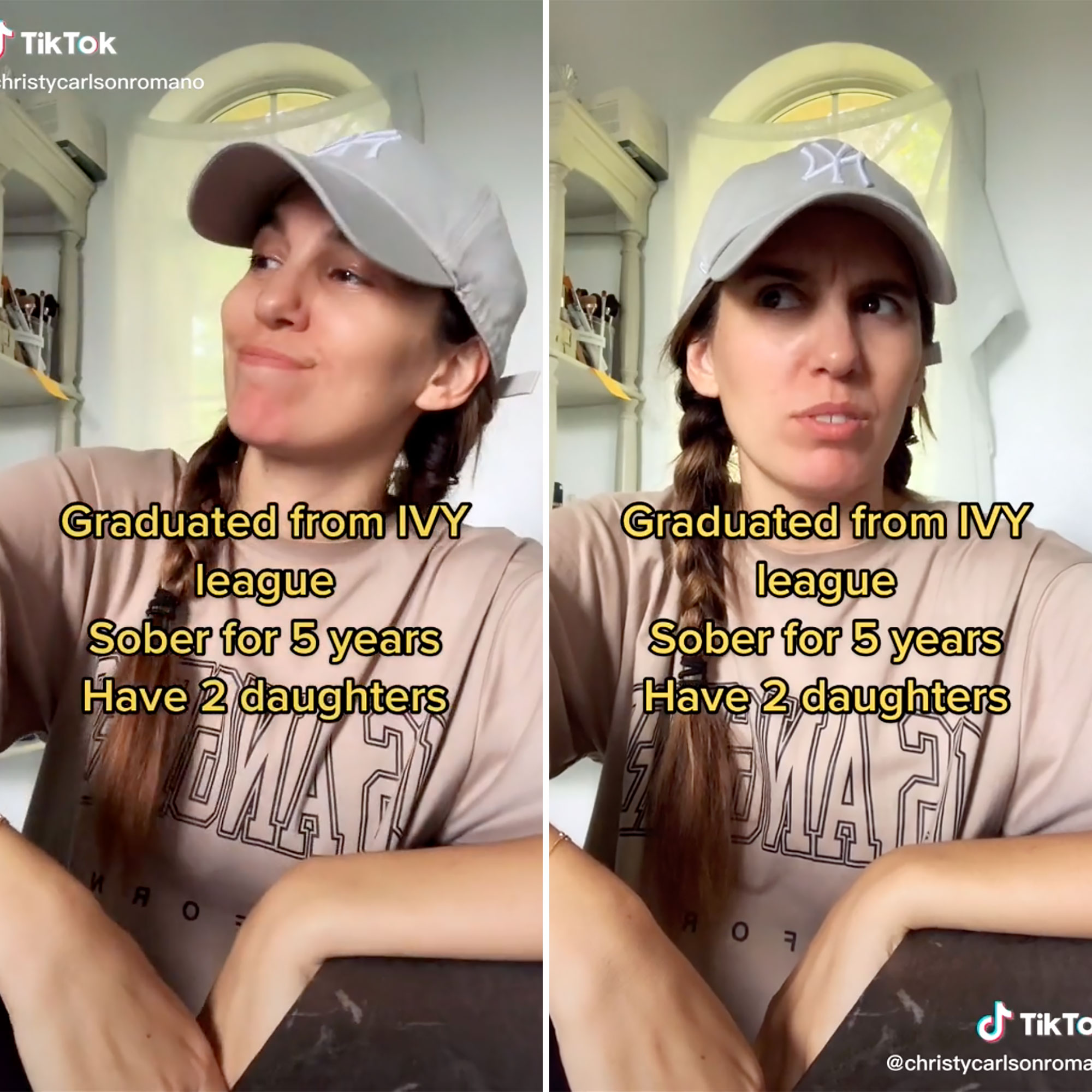 “#DeepRealization,” she captioned the video on Sunday, July 18. “Life hits you hard sometimes …”

The former Broadway star’s husband, Brendan Rooney, commented on the Instagram version of the post, writing, “Proud to be married to you ❤️.”

Romano previously opened up about her journey with addiction after a difficult time as an actress.

“I am not a victim, but I have never been perfect or pulled together as my reputation or the successes of my young adulthood might suggest. During a period of time in my life, I grappled with depression, drinking, and more, desperate to find fixes for how I felt,” the Even Stevens alum detailed in an essay for Teen Vogue in May 2019.

‘Even Stevens’ Cast: Where Are They Now?

Romano discussed how deciding to pursue acting as a teenager contributed to a delay “in some developmental milestones” and how she began to lack “the ability to communicate” what she was feeling at the time.

“I was highly criticized for my youth, which fueled my desire to prove everybody wrong. I became a bit harder-edged, binge-drank more at loud nightclubs, and started to accept the transient natures of love, sex, and friendship. Growing up, I entertained thousands of families only to feel completely lonely,” the Campus Confidential actress noted. “People were as replaceable as they had deemed me to be. Imposter syndrome had stiff competition against my self-hatred at that point.”

For Romano, that was when she looked to “other methods of self-destruction” to make sense of how distant she felt from those around her.

“It’s hard for people to understand that oftentimes child actors appear to have an inflated ego to make up for the fact that they have no idea who they really are underneath it all, a defense mechanism that many young people are familiar with,” the Kim Possible voice actress explained.

Stars Who Have Considered Quitting Acting

Romano also reflected on the loss of two friends from her days at Disney Channel and how she pushed herself to find something that made her happy.

“I struggled with all of my relationships, alcohol usage, and career path for ten years before going back to school and re-centering myself,” the singer added.

Romano, who shares daughters Isabella, 4, and Sophia, 2, with her husband, confirmed that she stopped drinking before her first pregnancy.

“[I] am going to continue to abstain from alcohol so that I can continue to make clear-headed decisions that keep me on the right path. All that matters now is my amazing family,” the Cadet Kelly star concluded.

Melania Trump Has A New Office To Continue Her Work. Here’s What We Know