The ‘Genie In A Bottle’ popstar admitted that she would be happy to chat with Britney, after she declined a question about the singer’s conservatorship during the Latin Grammys.

Enrique asked if Christina had spoken to Britney since her conservatorship came to an end. The Grammy winner had nothing but positive words about her former co-star. “I would love to [talk to Britney]. I would always be open to that. It’s a subject that I definitely want to be careful of, because I’d never want to speak out of turn about somebody that I have so much respect and admiration for,” she said.

Christina continued to say that she was glad to see Britney freed from the conservatorship, and she’d always have a line of communication open. “I couldn’t be happier for her. Every woman deserves to feel empowered and own that for themselves. However they see fit,” she explained. “I will always be here to reach out to [or] whatever. I love being able to connect like that with other women.” 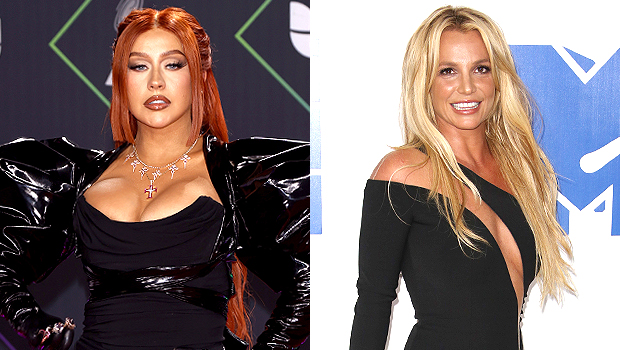 Christina’s support came two months after she declined to talk about Britney and her conservatorship during a red carpet appearance at the 2021 Latin Grammys in November. When reporters asked if she’d had any communication with the “Piece of Me” popstar since she’d been freed from the conservatorship, Christina’s publicist jumped in to deflect the question. The “Beautiful” vocalist then responded, “I can’t… but I’m happy for her.”

After the red carpet event, Britney posted on Instagram and seemed to call out her former Mickey Mouse Club co-star. “I love and adore everyone who supported me… but refusing to speak when you know the truth, is equivalent to a lie,” she wrote. “3 years being in a corrupt abusive system yet why is it such a hard topic for people to talk about??? I’m the one who went through it,” she wrote. Shortly after Britney called her out, a source close to Christina revealed to HollywoodLife that she wanted to have a “private chat” with Britney.

Bloopers that make us love The Bachelorette even more