Home » Celebrities » Chris Harrison says ‘Bachelor’ franchise can ‘do better’ in terms of diversity, on and off camera 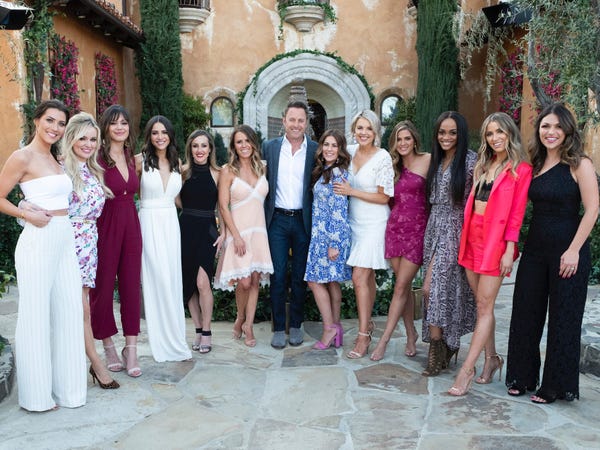 In its 18 years and 40 seasons, Chris Harrison knows that "The Bachelor" hasn't really reflected diversity in America.

The longtime host of the ABC also knows that the franchise — which, up until June, had only cast one Black lead in its history — needs to do something about it.

"At the end of the day, 'The Bachelor' and 'Bachelorette' have always been above love and relationships," the host told Insider while promoting his new partnership with Kelley Blue Book. "And the whole point is you want to see yourself represented."

"You want to see your love represented on screen and to not do that is a failure," he added. "And that's something we aim to be better at and do better at."

"The Bachelor" franchise faced a reckoning this summer as Black Lives Matter protests swept across the US in June, reigniting debates on diversity throughout Hollywood and beyond.

More than 160,000 people, including many of the show's biggest stars, signed a Change.org petition demanding that a Black lead be cast in the next season. Shortly thereafter, executive producers announced that Matt James — who was initially cast in Clare Crawley's upcoming season of "The Bachelorette" — would become the next star of "The Bachelor," becoming the first Black lead in the show's history. The ABC reality series also announced there would be "significant changes" coming to the franchise.

Harrison, who is also an executive producer for both shows, told Insider that he believed it was important to "take the first step" and admit there's been an ongoing diversity issue.

"Then you can take the second step," he added, "which is, OK, what do we do about this? What action can we take?"

"The Bachelorette" star Rachel Lindsay, who before James had been the only Black lead in the franchise's history, called his casting announcement a step in the right direction — but also said it seemed like just a "reaction to what is happening in our country."

"I'm excited that there's a Black bachelor, but I hated the timing of it," Lindsay told Andy Cohen during "Watch What Happens Live" back in June.

And Harrison agrees that the show still has far more work to do.

"Does change ever come fast enough for those that want it and need it? No it doesn't," he said. "You can't just flip a switch because when things have been going a certain direction for a long time, it takes awhile to turn around a big boat — and 'The Bachelor' is a big boat."

The longtime host said fans will see "much more diversity" among the contestants in Crawley and James' seasons, and that there are changes happening behind the scenes as well.

"There's obviously a lot of things you won't see behind the camera — hiring practices in crew, producers, [and] people being promoted. A lot of steps that won't get as much limelight but are as equally important," he added.

"As Rachel said, these are great steps, but there needs to be more and I agree," Harrison said. "There always can be more and we can always do better — and that's what we're going to strive to do."