Home » Celebrities » Charlie Sheen on his ‘Tiger Blood’ crisis ten years ago: ‘It was desperately juvenile’ 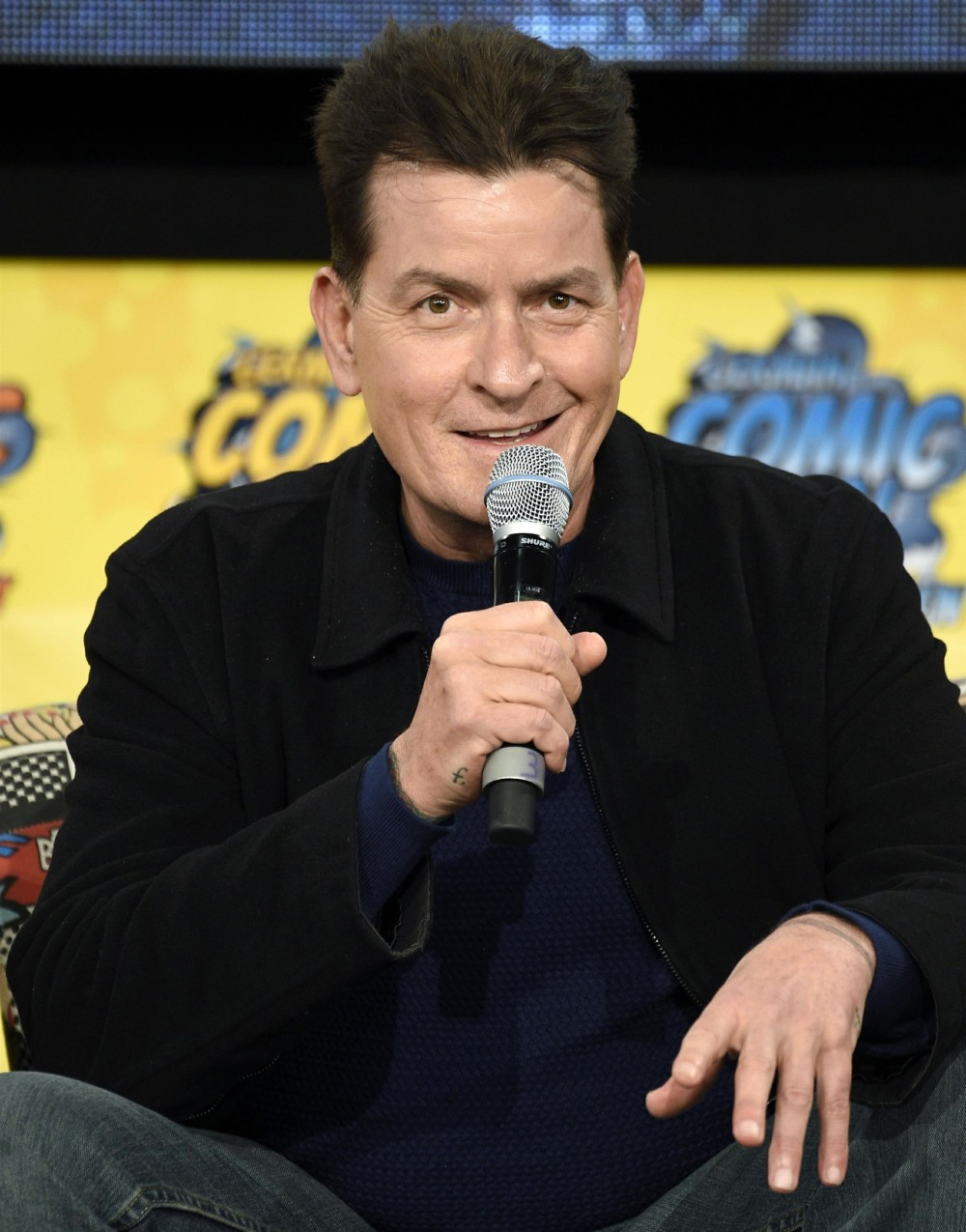 Of all the gossip-anniversaries happening this year, I was genuinely surprised to learn that Charlie Sheen’s Tiger Blood/Winning/Getting Fired From A Chuck Lorre Show moment was ten years ago almost exactly. At this moment (February/March) in 2011, Charlie Sheen was practically the biggest thing happening in gossip. Who even knows how it started – perhaps with a bender, perhaps with a massive drug relapse, perhaps it was just Charlie hitting a weird moment in his career. He was the highest-paid person in television, making $2 million an episode for Two and a Half Men. Then it all went sideways. There was an unhinged 20/20 interview (which was a ratings bonanza and train-wreck TV), he started a Twitter account which became the biggest launch at that time. He was also spending a lot of time with adult film actresses and hookers, which I honestly don’t think was specific to that era? By March 2011, Sheen had been fired from Two and a Half Men and he really hasn’t worked much in the past decade. Yahoo got in touch with Charlie to talk about the 10-year anniversary and more:

He’s not amused but not offended when people talk to him about that moment: “People have [said to] me, ‘Hey, man, that was so cool, that was so fun to watch. That was so cool to be a part of and support and all that energy and, you know, we stuck it to the man. My thought behind that is, ‘Oh, yeah, great. I’m so glad that I traded early retirement for a f***ing hashtag.’”

He wishes he could have done it differently: “There’s a moment when [former CBS CEO] Les Moonves and his top lawyer, Bruce, were at my house and they said, ‘OK, the Warner jet is fueled up on the runway. Wheels up in an hour and going to rehab, right?’ My first thought was sort of like really … there’s some comedy value to what my first thought was. In that moment, when I said, ‘Oh, damn, I finally get the Warner jet.’ That’s all I heard. But if I could go back in time to that moment, I would’ve gotten on the jet. And it was that giant left turn in that moment that led to, you know, a very unfortunate sequence of public and insane events.”

He really regrets his demands: “There was 55 different ways for me to handle that situation, and I chose number 56. And so, you know, I think the growth for me post-meltdown or melt forward or melt somewhere — however you want to label it — it has to start with absolute ownership of my role in all of it. And it was desperately juvenile.”

What prompted the meltdown: “I think it was drugs or the residual effects of drugs … and it was also an ocean of stress and a volcano of disdain. It was all self-generated, you know. All I had to do was take a step back and say, ‘OK, let’s make a list. Let’s list, like, everything that’s cool in my life that’s going on right now. Let’s make a list of what’s not cool.’ You know what I’m saying? And the cool list was really full. The not cool list was, like, two things that could’ve been easily dismissed.” He sums it up as, “I was getting loaded and my brain wasn’t working right.”

How his tweets became a cultural phenomenon: “To say it was a tad overwhelming is a radical understatement….I was really a guy that needed someone to reach out to and say, ‘Hey, man, obviously there’s a ton of other s*** going on. How can we help?’ And instead they showed up in droves with banners and songs, all types of fanfare and celebration of, you know, what I think was a very public display of a mental health moment.”

Again, he owns that he f–ked up: “I had four children and went through two divorces in and around trying to navigate the landscape of being on the most popular show in the known universe, so it was a lot. And sometimes you pick a target, you need a scapegoat, you need someone to put it all on. You know? It can’t be me, it’s gotta be him or them or those folks. And that’s just not the road best traveled.”

He hopes people will stop quoting from that bonkers moment: “It’s all right if it still means something to them and, you know, I was the delivery device for them, then that’s fine. I just, I have absolute faith that the things I’m going to do professionally in Act 3 are going to put a muzzle on all that stuff and people can celebrate me again for what I actually do for a living.”

I think when you really get into the things Charlie Sheen has done and said, he’s pretty deplorable. But I can say that while also acknowledging that I completely understand how such a problematic man has gotten so many “second chances” in Hollywood. Yes, white privilege/male privilege plays a part, although we could definitely have a conversation about whether “Carlos Estevez” (his actual name) would have gotten so many second chances too. But really, he gets so many second chances because A) there’s something watchable/quotable about him and B) because of sh-t like “it has to start with absolute ownership of my role in all of it. And it was desperately juvenile.” Charlie is the guy who does horrible sh-t to himself and other people… and then understands what he did, apologizes, and acknowledges that he might do it again later but he’ll be sorry for it then too. I’m not saying Charlie Sheen should be forgiven or forgotten or run out of town. I’m just saying that I am assuming that some Netflix or Hulu producer will probably hire him for a supporting role and his comeback will happen whether we want it or not.

(Charlie has already been making a soft comeback in SingleCare commercials with his dad. I assume Martin Sheen probably agreed to do the commercials just so he could get Charlie a job.) 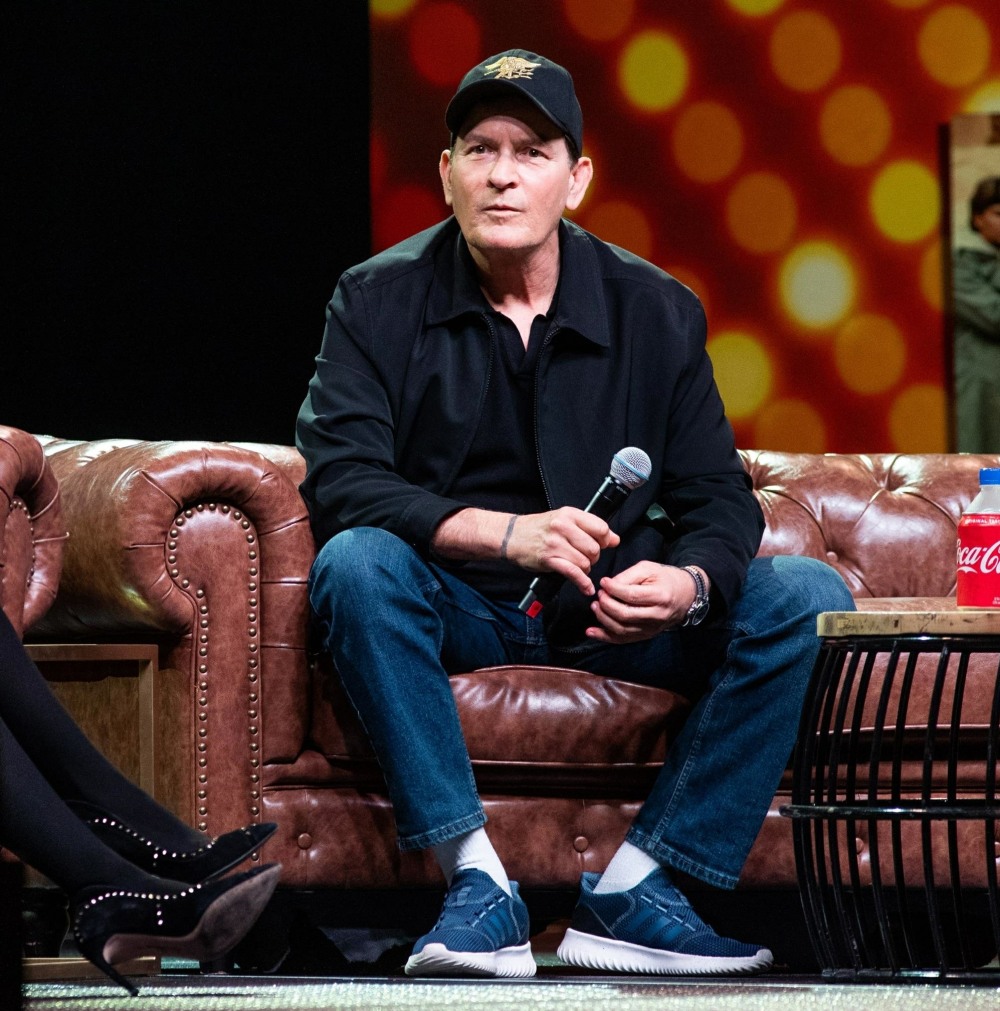