Britney Spears has spoken out on her 13-year conservatorship, sharing horrifying new claims and details about her experience.

The star, who has been open about her struggles during the conservatorship, which had her father Jamie make personal, business and financial decisions for her, said she felt compelled to share her experience so as others know they’re not alone. Britney’s conservatorship was terminated last year.

In her new audio message, uploaded to YouTube, Britney claimed that a Swat team attended her house when her conservatorship began, and that she was held down on a gurney in an ambulance. She claimed she was forced into a facility during her Britney: Live In Concert tour, and that even in her own house, people would watch her get changed and shower.

Britney started her video by saying her conservatorship started when she was around 25.

Explaining that she doesn’t know what she did to warrant the conservatorship, Britney went on: ‘I literally spoke in a British accent to a doctor to prescribe my medication and three days later there was a Swat team at my home, three helicopters.’

She also claimed that she was held down on a gurney in an ambulance at the beginning of her conservatorship.

‘There was no drugs in my system, no alcohol, nothing,’ she said, claiming that the conservatorship was ‘pre-meditated’. 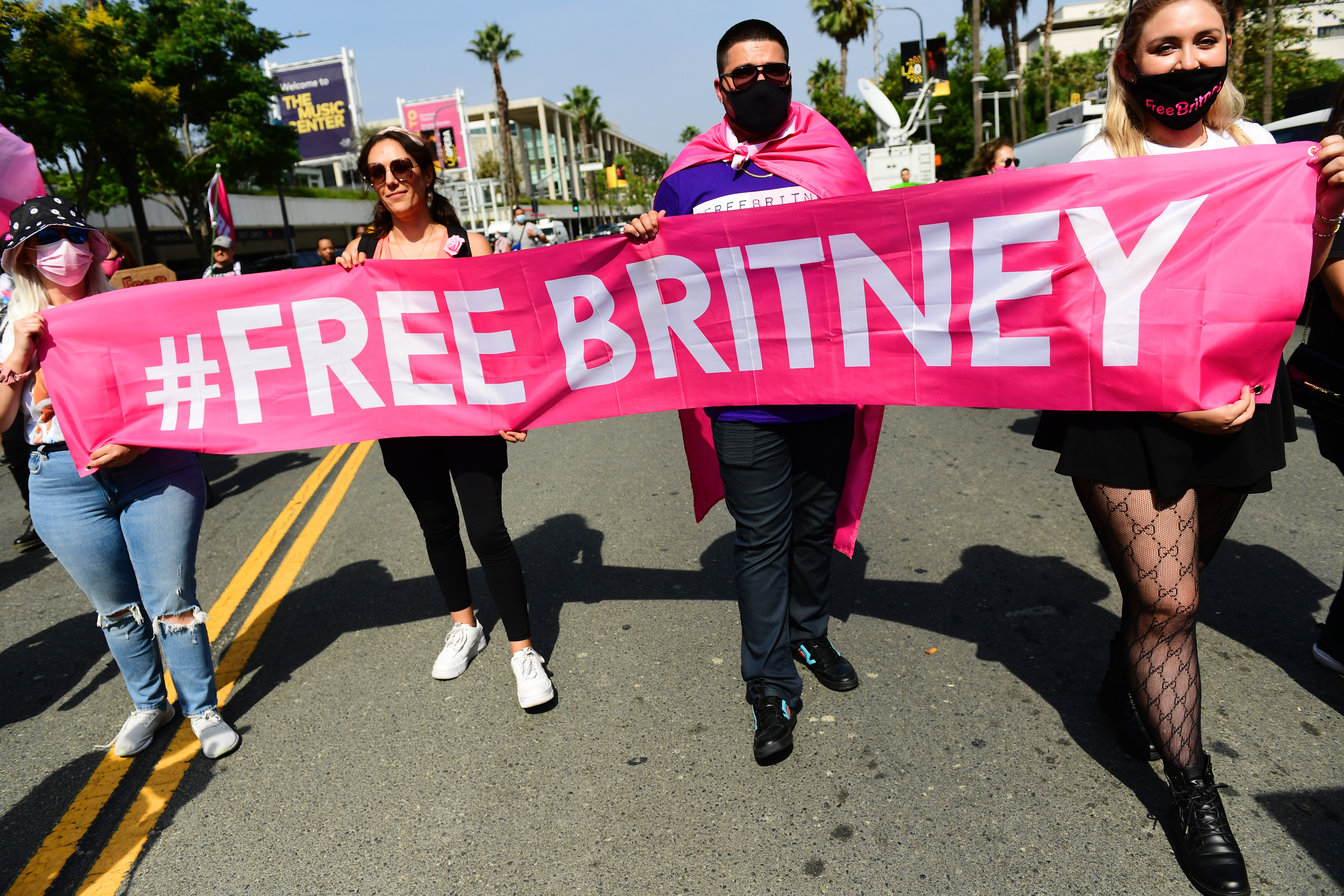 ‘All I do remember is I had to do what I was told,’ Britney continued, speaking about her life shortly after the conversatorship began, when she was working on her album Circus.

‘I was told I was fat every day, I had to go to the gym. I never remember feeling so demoralised and they made me feel like nothing. I went along with it because I was scared. I was scared and fearful. I didn’t really so anything and I had a Swat team – none of it made sense to me.’

‘They treated me like I was nothing,’ she added.

The singer said that, following her Las Vegas residency ending in 2017, she was forced to go on tour.

She recalled saying no to a dance move she didn’t like and that, the next day, she was allegedly forced into a ‘facility’.

‘I went to one of the rehearsals and I said no to a dance move…I just remember everything got really weird and quiet and the directors and producers went in the back room and just spoke,’ she said.

‘The next day, I was told I had to be sent away to a facility and that I was supposed to say on my Instagram that the reason why was because my dad is sick and I need treatment, which I didn’t want to ever go there.’

She claimed her father threatened her with legal action if she did not go and told her she would lose a trial.

‘I stopped believing in God at that time because I didn’t know how they could have 40 people leave my house a day and me work from 8 to 6 at night, be seen chang[ing] every time I changed, in the shower, no privacy, no door, nothing,’ she continued.

Britney went on to say that she feels she’s beyond doing a sit-down interview, despite getting many offers, and said she wanted to speak out on her own terms.

‘How can I mend this if I don’t talk about it?’ she asked, before addressing ‘introverts’ like her.

‘My life has been far from easy and you’re not alone,’ she concluded.

Metro.co.uk has contacted reps for Jamie Spears for comment.

Katharine McPhee could be hinting that she’s pregnant with twins