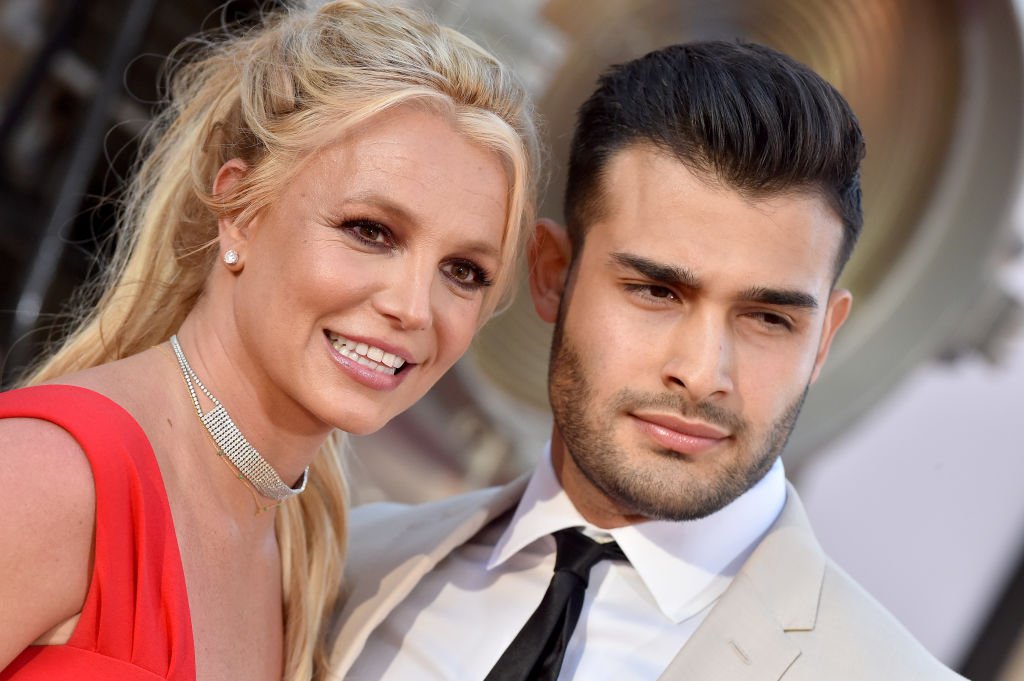 Sam Asghari has joked that his new wife Britney Spears cheated on him just minutes after their wedding as she kissed old pal Madonna.

The pop icon, 40, and dancer, 28, tied the knot earlier this month in a lavish affair at Britney’s home in Thousand Oaks, Los Angeles, after getting engaged in 2021.

Their nuptials featured a star-studded guest list, with everyone from Selena Gomez to Paris Hilton.

Also present was Britney’s long-time friend Madonna, 63; the pair collaborated on Britney’s 2003 album In The Zone for savage track Me AGainst The Music.

Famously ,the pair also shared an on-stage kiss at the VMAs in 2004 (a now iconic moment which at the time led to an awful lot of pearl-clutching).

The two women did a throwback to that televised pop culture moment at Britney’s wedding, when the pair were snapped sharing a kiss at the wedding reception – which Sam has now joked counted as ‘cheating.’

On Saturday, Toxic singer Britney took to Instagram where she shared the snap of her and Madonna pecking on the lips, with Sam among the tens of thousands of people who left a comment on the post.

‘Minutes after we got married you cheated on me!’ he wrote, along with a series of angry emojis.

Britney’s fans caught on that the singer’s new husband was making a joke, with some playing along and stating that because she is Britney Spears, she can do whatever she wants.

In the Instagram post in question, Britney wrote in a caption about the Like A Virgin singer: ‘Weird that @madonna is extremely short and I was shorter than her … do we shrink as we get older … am I becoming short like my mom ???’

She went on: ‘Kissing the one and only Madonna !!! I didn’t know Madonna has almost as many number-one singles as The Beatles,’ adding that the Beatles had 20 and Madonna had 12.

‘So honored she came to my wedding.’

Britney had gone quiet on social media since marrying Sam, but returned with a bang this week as she shared her now-trademark dancing videos and gave updates on her life.

She revealed that she and husband Sam have moved to a new house, sharing a video of the pair jumping into the pool.

Her ex-husband Jason Alexander had, terrifyingly, broken into her old house on the day of wedding, however it’s unclear if that had anything to do with the move.

This Is How Princess Eugenie Has Supported Meghan And Harry