Behati Prinsloo and Adam Levine’s daughter Gio is growing up so fast! The supermodel shared a cute snap with her ‘bestie’ in honor of her 3rd birthday this month!

Behati Prinsloo and Adam Levine are proud parents to a 3-year-old! The couple’s daughter Gio Grace recently celebrated her birthday, where she snapped a few fun selfies with her mom. On February 17, Behati took to Instagram to share one of the filtered photos with the caption, “my bestie turned 3.” The couple are also parents to 4-year-old daughter, Dusty Rose.

Behati and Gio, who enjoyed playing with silly face filters, were pictured sitting on the floor near a stack of books. The mother-daughter duo looked like twins with matching brown-blonde hair, which made the photo even cuter! Additionally, many fans in the comments were surprised to see little Gio, since her parents tend to keep their family life private. Behati and Adam, who tied the knot in 2014, rarely share photos of their two daughters, let alone chat about their brood in interviews. 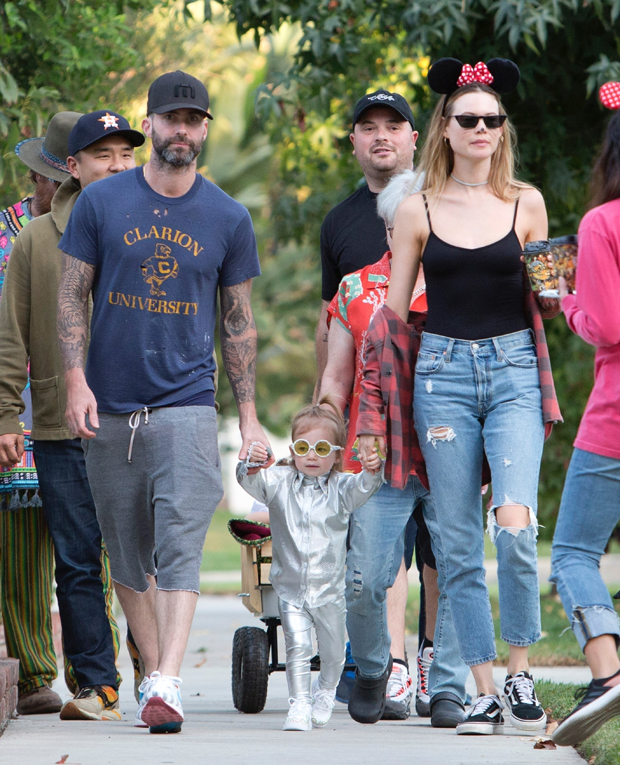 In March, speculation that Behati and Adam were expecting their third child began after a mysterious photo popped up on the model’s Instagram account. A blurry black-and-white image was uploaded to Behati’s page, which many fans mistakenly thought was a sonogram. It turns out that the image was actually a close up of her sweatpants and was unknowingly shared by her daughter Dusty.

“Guys. This is not an ultrasound lol,” Behati clarified, via Instagram last March. “Dusty got hold of my phone and somehow posted this picture from my photo library I thought it was weird and cool and left it up. But everyone is now congratulating me on my 3rd pregnancy – it’s a close up of my black and white splatter sweat pants!” she explained.

Not long after the photo mishap, Adam surprisingly spoke about expanding their family. “No, she’s not currently pregnant,” the Maroon 5 singer said on Howard Stern‘s Sirius XM show in April. “I think if I asked her to have another baby right now she’d punch me in the f****** because she’s not read,” he admitting, adding, “We’re good. We’ve got two kids.”

Did Zendaya and Her Rumored First Boyfriend Break up Over Cheating?

Justin & Hailey Bieber Step Out for the Day in NYC