Jolie had previously claimed that Ouderkik – who married the couple at their lavish French wedding in 2014 – failed to disclose ‘ongoing business and professional relationships’ that he had with Pitt’s legal team, and therefore didn’t think it was ‘fair’ to have him on the case.

However, court documents reveal that the case is still “assigned to Honorable Judge W. Ouderkirk (Ret.) for all purposes” per a Friday report by UsWeekly.

Lost this one: Angelina Jolie LOSES battle to remove judge from her bitter four-year-long divorce with Brad Pitt… after asking for a ‘fair trial’ with ‘no special favors’

A source also told the publication that Ouderkirk will still be presiding over the case between Pitt, 56, and Jolie, 45.

In August, Jolie was accused of deliberately trying to delay their bitter four-year long divorce battle by Pitt’s legal team, after she filed a request to remove Ouderkirk.

But Jolie hit back via her own legal representative, who said her client just wanted a ‘fair trial’ with ‘no special favors’ for either herself or Pitt. 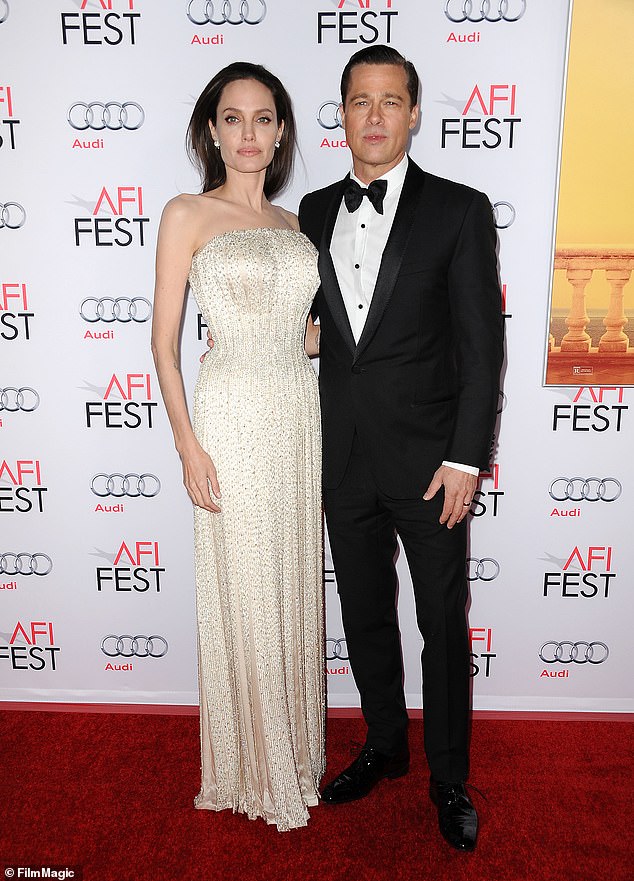 Ongoing battle: Bratt Pitt had slammed his ex-wife Angelina Jolie for attempting to delay their almost four-year divorce case, saying that it will be their children who are ‘hurt most’

‘All my client is asking for is a fair trial based on facts, with no special favors extended to either side,’ Jolie’s lawyer, Samantha Bley DeJean, told UsWeekly in a statement.

The statement added: ‘The only way litigants can trust the process is for everyone involved to ensure that there’s transparency and impartiality.’

The report also added a comment from Neama Rahmani, president of West Coast Trial Lawyers, who believes that Judge Ouderkirk is ‘biased in Brad’s favor’ due to the personal connections they have.

An insider recently told UsWeekly of the divorce battle: ‘They’re at a total impasse. And there’s no end in sight.’

As previously reported in court documents, Jolie claimed that Ouderkik – who married the couple at their lavish French wedding in 2014 – failed to disclose ‘ongoing business and professional relationships’ that he had with Pitt’s legal team.

However, Pitt responded in papers filed on August 13, calling Jolie’s filing a ‘Hail Mary’ – an American Football reference to deliberately delay a game.

In them, Pitt’s legal team accuses the actress of making a ‘transparently tactical gambit’ to delay matters, adding that it will be their own children who are ‘hurt most’ by the hold up.

The papers describe Jolie’s request as ‘a thinly-veiled attempt by Jolie to delay the adjudication of long-pending custody issues in this case.’ 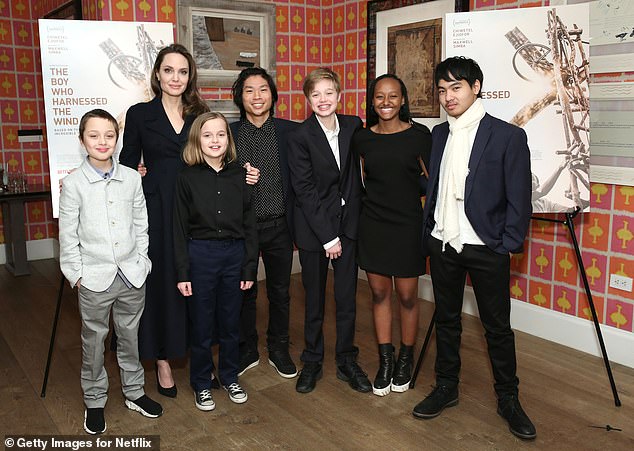 Jolie alleged in her filing that Ouderkirk ‘failed to make timely mandatory disclosures of ongoing business and professional relationships between himself’ and Pitt’s legal team.

Adding: ‘These are precisely the type of repeat customer circumstances that create doubts about a privately-compensated private judge’s ability to remain impartial.’

Yet, Pitt’s team has responded saying Jolie had been made fully aware that Ouderkirk had accepted ‘additional new engagements’ involving the actor’s team, and that she had ‘never objected’ to Ouderkirk’s ‘continued involvement’ in the proceedings until now. 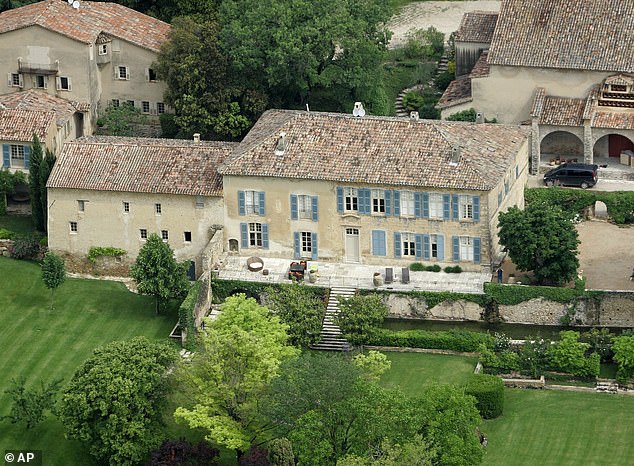 Part of the family: Judge John W. Ouderkirk previously married the former couple in 2014 at their French estate, Château Miraval (pictured above)

In Pitt’s response, he also pointed out three times where Jolie and her lawyers are said to have asked to extend Ouderkirk’s appointment to their ongoing divorce case.

The documents add that Pitt is concerned about how the continued delays will affect their children, saying: ‘Unfortunately, the individuals hurt most by Jolie’s transparently tactical gambit are the parties’ own children, who continue to be deprived of a final resolution to these custody issues.’

Jolie’s lawyer DeJean responded to Pitt’s filing last week in a statement to PEOPLE saying: ‘It is unfortunate that Mr. Pitt’s team has sought to intervene ahead of Judge Ouderkirk’s response.’

‘One can only conclude that this is an attempt to obstruct or influence Judge Ouderkirk’s answer. Any delay in these proceedings is due to their zealous attempt to create an unrecognized special exception for their client’s benefit.’

The report adds that a source close to Pitt’s team claim that it was Jolie’s team who actually knew the judge first, and that ‘the only excuse for their filing is that her team knew they were likely to lose and they needed to stall by changing the referee in the fourth quarter.’

‘This is the Judge who married them, someone who her team knew well and who her team actually introduced to the couple,’ a Pitt source claims.