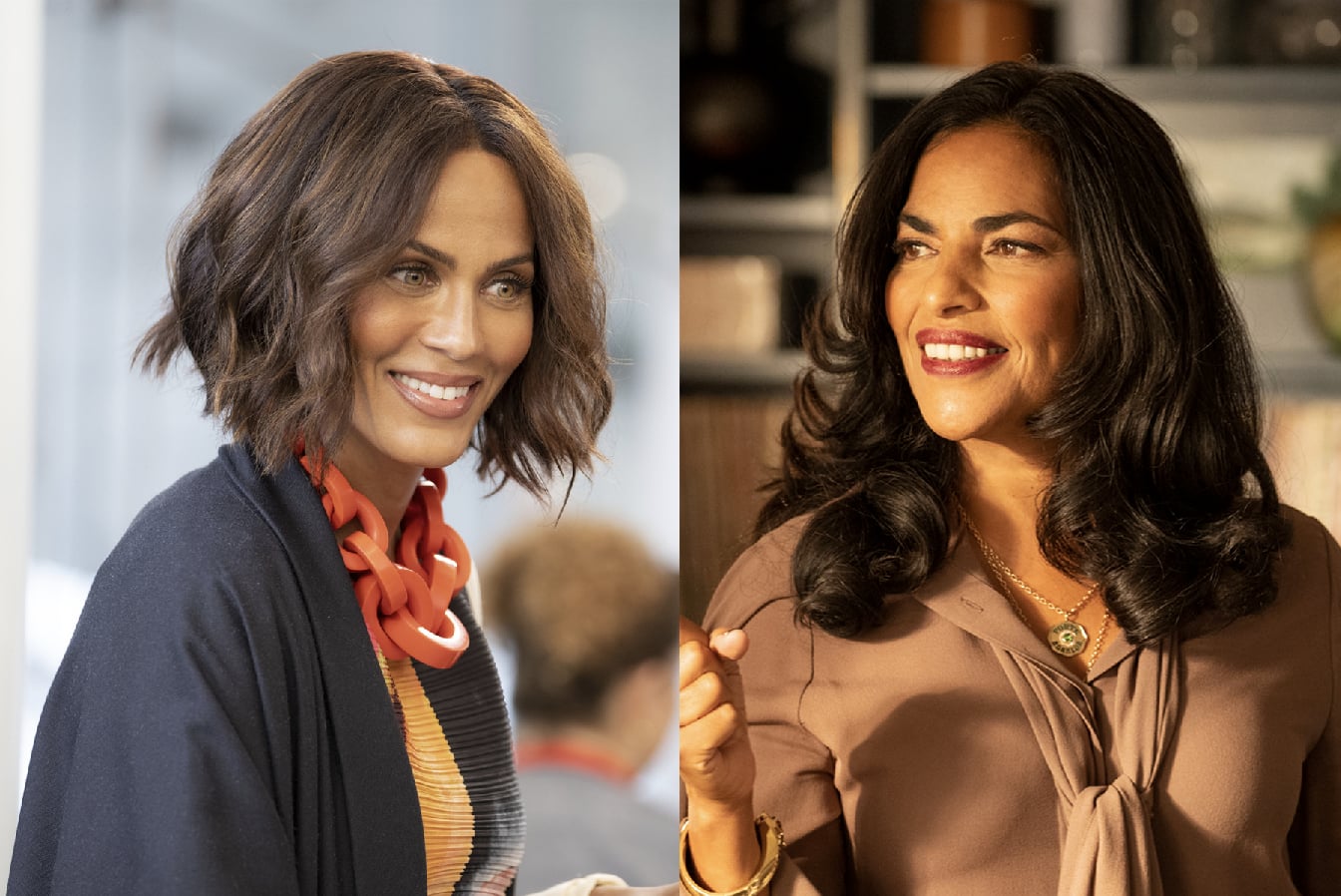 Image Source: HBO Max/Craig Blankenhorn
At the heart of Sex and the City is sex — something Hollywood has long erased older women from in conversation. And Just Like That. . . is exploring the internal lives of older women — including their sex lives — with an intentionality that not many other shows have paid. POPSUGAR spoke to newcomers to the SATC reboot Nicole Ari Parker and Sarita Choudhury about how the show challenges the idea that sexual agency has to disappear for women in their 50s. “When you turn 50, you’re told that you’re done,” Sarita said. “Your kids are going to college and there’s a next phase.”

Sarita further explored the concept that aging doesn’t exclude you from sex or growth. “In 2021, most marriages didn’t last until people were in their fifties. You were back on the dating scene. You’re having some bad dates, maybe a few good ones. There are a lot of things going on,” she said, adding, “We did a scene the other day, and I was like, ‘In your thirties, you go to the disco or you go to the cool bar. Where do you go in your fifties? What is the scene?’ They’ve done a good job in us trying to figure that out ourselves and making a lot of mistakes.”

Nicole added that the writers are very aware that the cast members “might look a little different” than they were 20 years ago, but it’s not the focal point. “I’m brand new. So for someone to constantly tell women that this is the slowing-down time or the downward spiral, or whatever . . . I feel sorry for them that they have no idea that it’s about to pop off right now, you’re not even ready.” Sarita similarly said, “I think the show [begins] where we are worried about our [aging], but showing that life is full of opportunities to still grow.”

“We have to start to massage that out of the narrative,” she said in reference to the concept that your life is lesser as you age. “For example, when you meet Sarah Jessica Parker the last thing you think about is whether or not she looks different than her 20-year-old self. She is an awesome human being that’s achieved so much, and is still creative, and still reinventing herself . . . you wish you are doing that much,” she said, adding, “And if it means waiting ’til you’re a grownup, then we should celebrate aging. And I’m not just talking about the bumper sticker celebrating aging.”

For Sarita, aging has come with “so much joy” and accomplishment after she let go of certain insecurities forced upon her by extreme standards of beauty. “If you keep us worried about our wrinkles and our arm fat, and our muffin tops, and our whatever, you’re keeping us occupied in a way that we don’t realize how powerful we actually are,” she said. “We waste hours in a day about our eye cream and our lifting, and sucking, and holding. When I stopped wasting all of that time on my wrinkles, I accomplished so much.”

One quote the AJLT actor has kept close to her is from actress Anna Magnani, who once said, “Please don’t retouch my wrinkles. It took me so long to earn them.” AJLT builds on the idea that age is a badge of honor, something to be excited about, and not the sad thing younger generations characterize it to be.