Step off, Harry and Meghan! Amy Poehler joked that the royal couple took the inspiration for baby Sussex’s name from her own 10-year-old son Archie.

The comedian, 47, made the teasing accusation while appearing on her former Saturday Night Live costar Seth Meyers‘ late night talk show, Late Night With Seth Meyers, on Thursday, May 9.

“You kinda have a William and Harry situation, your younger one’s a little redhead,” Meyers, 45, noted.

“I do. I have a ginger,” Poehler conceded. “Now that you say it, I really feel like they’re copying me.”

The Yes Please author then burst into laughter before adding, “Like, get off my jock, man!” 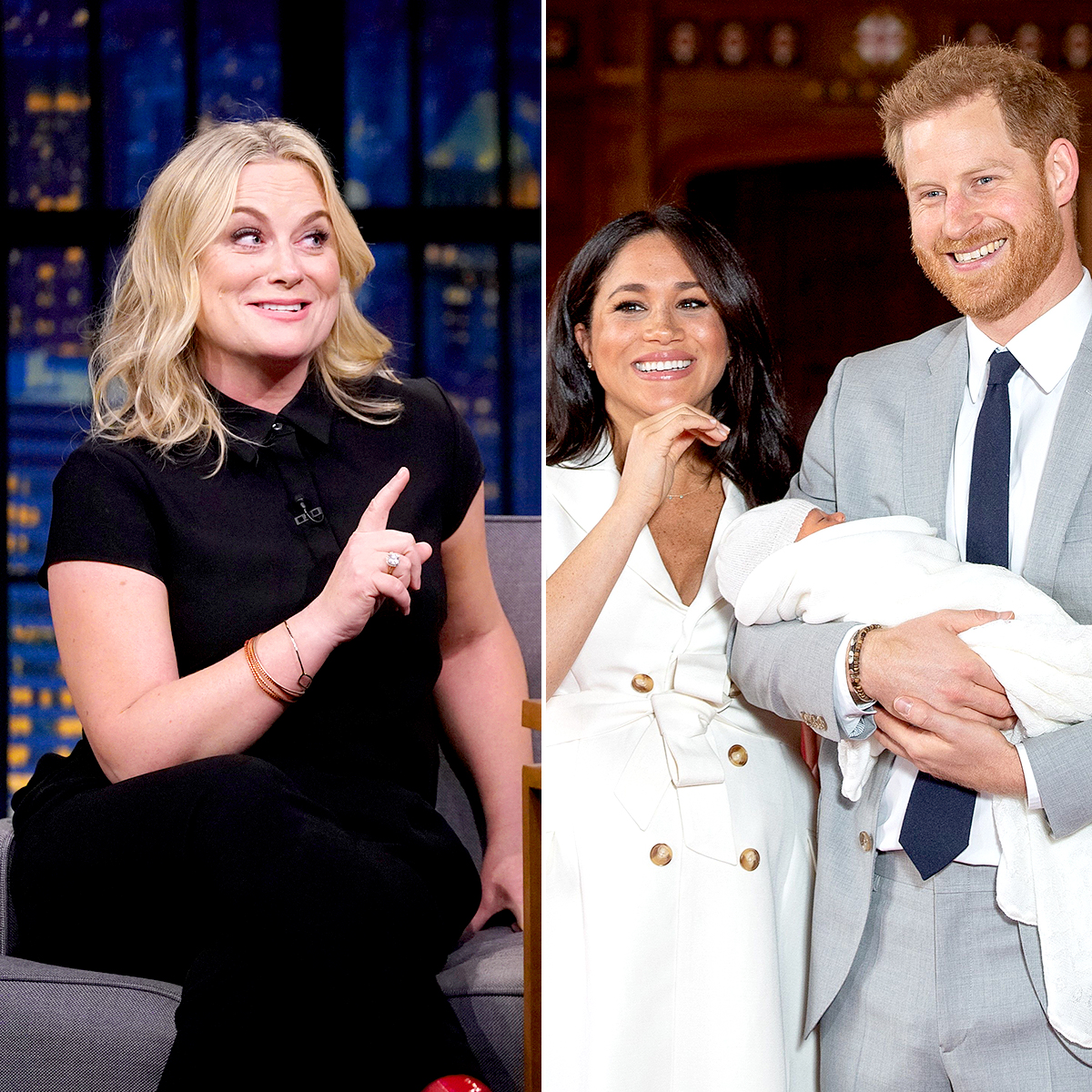 The talk show host helpfully pointed out that the Duke and Duchess of Sussex were only able to get away with it due to their overseas locale. “I don’t think they could do what they’re doing if they were here,” he said, to which Poehler replied, “No. My lawyers would be on ‘em. But I don’t have the English lawyers.”

All jokes aside, however, the Wine Country star said she did have concerns about her child’s once-unique name now becoming mainstream. “I mean, I … I am a little bit worried.”

One day prior, Poehler gave the former Suits star, 37, and the Invictus Games founder, 34, a pass on the name, telling Entertainment Tonight, “I happen to love the name Archie and have for 10 years and I approve.”

Jimmy Fallon also teased Meghan and Harry about their name choice on a Wednesday, May 8, episode of the Tonight Show Starring Jimmy Fallon. “Even Benedict Cumberbatch was like, ‘Wow, that’s a mouthful,’” he cracked.

Two days later, the little one’s name was revealed on the Sussex Royal Instagram page. As Us Weekly previously reported, Archie means “true and bold” in Scotland and “truly brave” in Germany, with Harrison translating to “son of Harry.”

The moniker also ties the newborn to Harry’s late mother, Princess Diana, who was a relative of Archibald Campbell, 9th Earl of Argyll from Scotland.

Love Is in the Air: All of the Celebrity Engagements of 2019