America Ferrera shared a side by side photo of her wearing the gorgeous blue dress she wore to the 2007 Emmy Awards and to her friend’s recent bash and admitted it’s the ‘fanciest thing’ in her closet.

America Ferrera, 37, is giving her fans some serious nostalgia with her latest Instagram pic! The actress brought out her iconic 2007 Emmy Awards dress to wear to her friend’s 40th birthday party and posed for an eye-catching pic while holding her Emmy. She attached the new snapshot to a professional red carpet photo of herself rocking the blue sleeveless choice 14 years ago at the memorable ceremony. Check out the pic HERE.

“When the dress code to your friends 40th is ‘Fanciest thing already in your closet’. Whipped this baby out after 14 years. I left the hardware at home but had a blast and felt fab in my 2007 Emmy dress by @moniquelhuillier #rewear,” the talented star captioned the epic post. 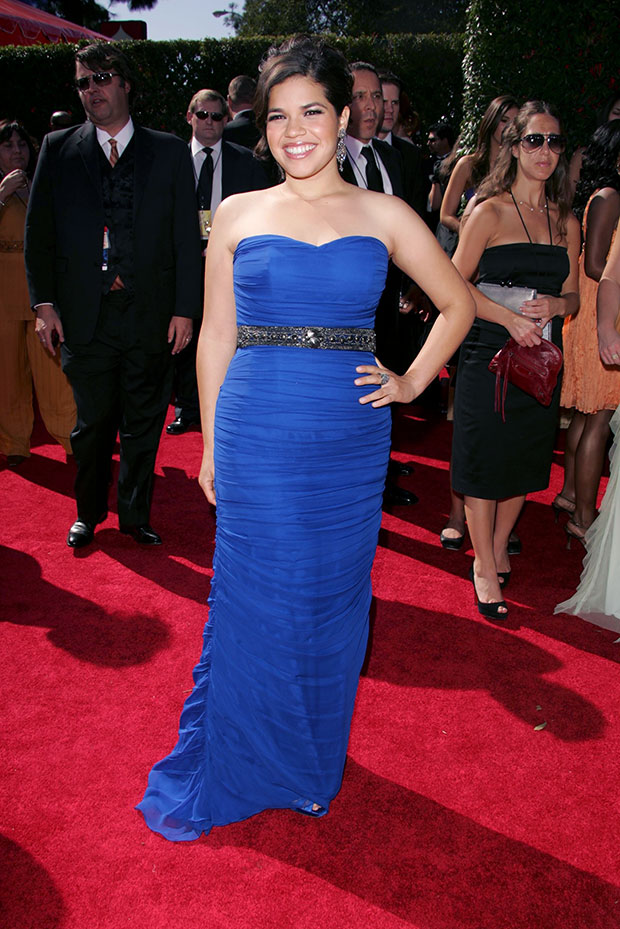 She added the same black belt she wore around the dress at the Emmys to her latest look and even had her hand on her hip in the pic just like she did after she won her award all those years ago. It didn’t take long for her fans to comment on the side by side gem.

“And looking better than ever 14 years later🔥,” one fan wrote while another wrote, “Wow 🔥🔥🔥. You look amazing! Aging backwards 😍.” A third called her “always beautiful” and a fourth shared that she looked “fabulous!” Others shared hearts and other supportive emojis. 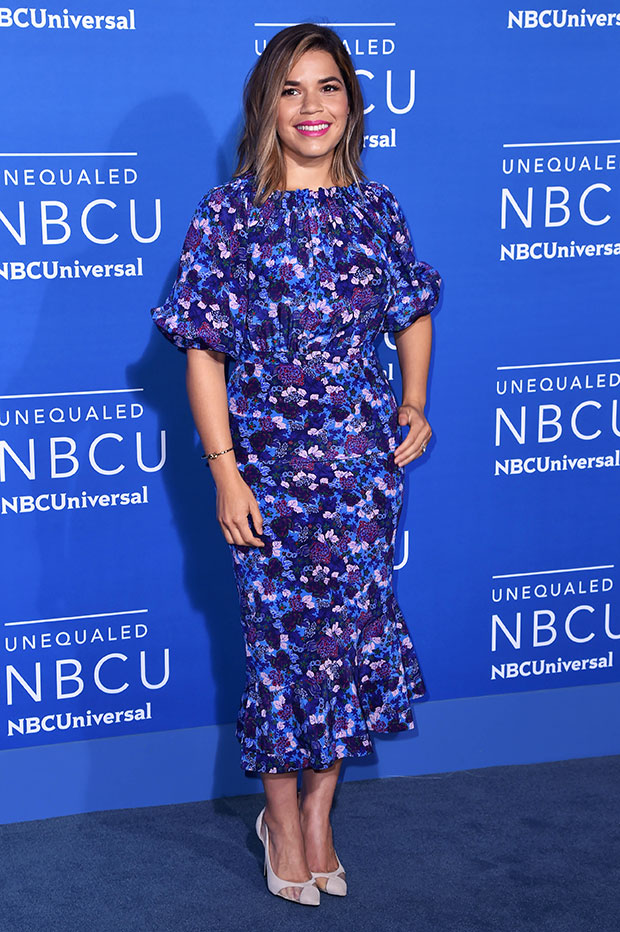 Before she posted her latest pic, America wowed at the 2021 Emmy Awards earlier this month. She attended the event in a breathtaking purple dress that looked amazing and had her long hair in a low ponytail with some loose strands framing their face. She also added turquoise dangling earrings and wore makeup that included an evening style of red lipstick, that brought out her pretty features.

In an Instagram post full of pics and videos, America expressed excitement for her recent Emmys look. “So much fun to glam today with incredible artists who make it look so easy,” she wrote in the caption. “It is sooo not easy. It takes a village and true talent. And sometimes the glam is not glam at all (see last pic for how I avoided getting sweat stains and wrinkles in the car). Big ups to my girl @elsamariecollins for being my date and rocking the complimentary jewel tones.”

Jana Kramer Reached Out to Gleb Savchenko for Co-Parenting Advice