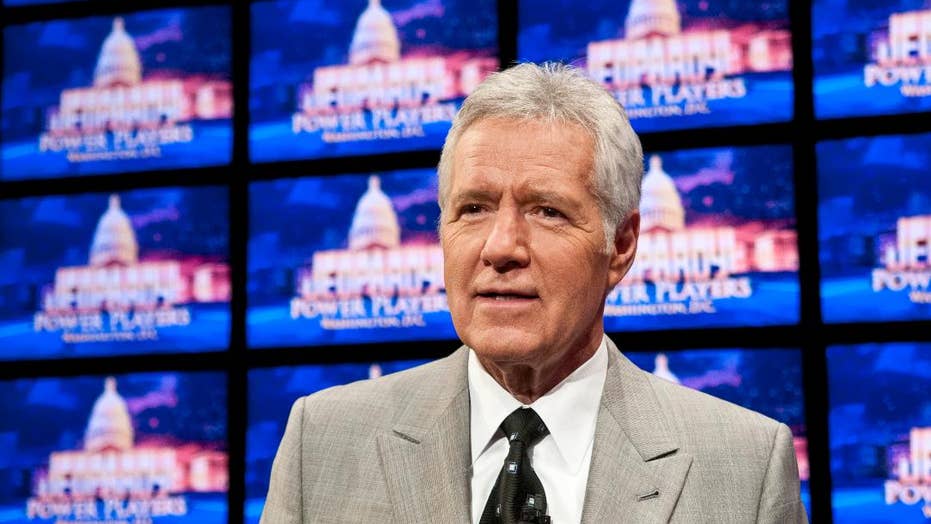 ‘Jeopardy!’ host Alex Trebek gets real about his sadness and cancer treatment

Trebek reveals what treatment for pancreatic cancer has done to him, and how fans support is giving him inspiration to fight.

Alex Trebek spoke out about his "hope" in light of his pancreatic cancer diagnosis at a benefit on Saturday.

After referencing a 22-year cancer survivor who spoke previously, keynote speaker Trebek, 78, told attendees at the Pancreatic Cancer Action Network walk at the Los Angeles Zoo, “As you all know, survivorship is measured starting from the date you are diagnosed with cancer and on that scale — my gosh — I’m a 62-day survivor. Give me a break. But I’m working on it. And I promise you this: That if I become a 22-year survivor, you will all be welcomed at my 100th birthday.”

“I’m also welcoming them to stand here in front of the purple Stride sign to show that our hearts are in this in terms of finding a way to beat cancer," he said in footage of the event obtained by TMZ.

“If I can get in a plug for my show, all of you guys here have done what 'Jeopardy!' James has done on our television show and that is, in terms of fundraising, you have exceeded expectations," Trebek said.

Last week, Trebek confessed that he struggled with "deep sadness" after his diagnosis of stage 4 pancreatic cancer, which he first revealed in March.

“My oncologist tells me I’m doing well even though I don’t always feel it. I’ve had kidney stones, I’ve had ruptured discs, so I’m used to dealing with pain,” Trebek said on "Good Morning America." "What I’m not used to [is] dealing with the surges that come on suddenly of deep, deep sadness and it brings tears to my eye. I’ve discovered in this whole episode, ladies and gentlemen, that I’m a bit of a wuss."

“I think I’ve learned that I’m an extremely lucky individual because, in spite of the fact that this diagnosis is not a good one, I’ve managed to receive so much love from so many people," he added. "Quite often you don’t get that during your lifetime. After you’ve passed, after you’re dead, people say ‘He was such a good guy, we really liked him.’ But I’m getting that all before that event and it makes me feel really, really good.”