The reports come as the BBC star is reportedly to replace Sue Barker on quiz show A Question of Sport.

Alex and Sam were spotted enjoying a meal for two at Dean Street Townhouse in London’s Soho, where they sipped cocktails before leaving together.

A source said they looked “relaxed” being in each other’s company.

They shared: “They both looked totally relaxed about being out together, even though they’re both very famous now. 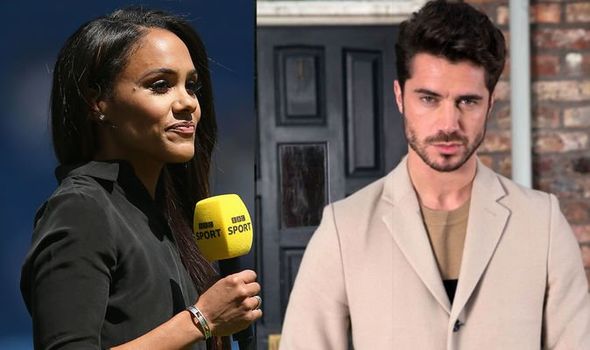 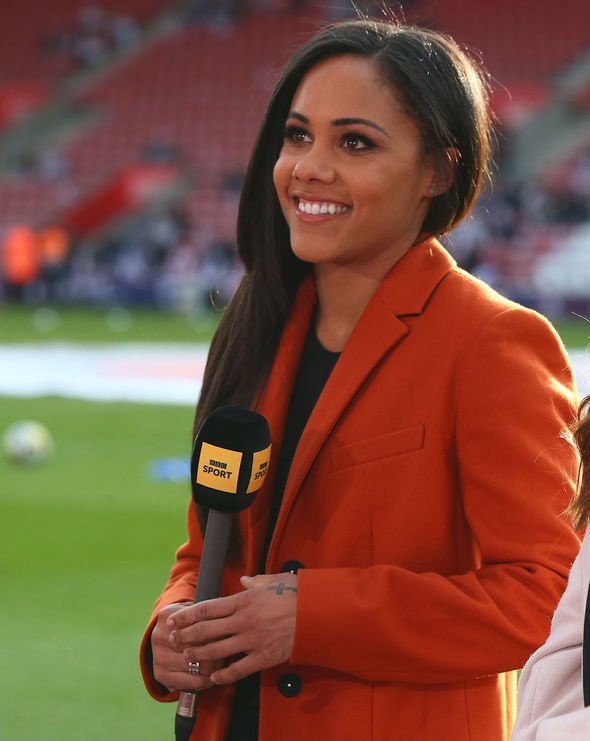 “Strictly made Alex a household name so she’s instantly recognisable, and Sam is a big name on Corrie so they probably knew they’d be spotted out together but didn’t seem to mind at all.

“They laughed and flirted with each other and had a great time before heading off looking very cosy.

“They’re clearly both happy,” the insider added to The Sun.

Express.co.uk has contacted a spokesperson for Alex Scott and Sam Robertson for comment. 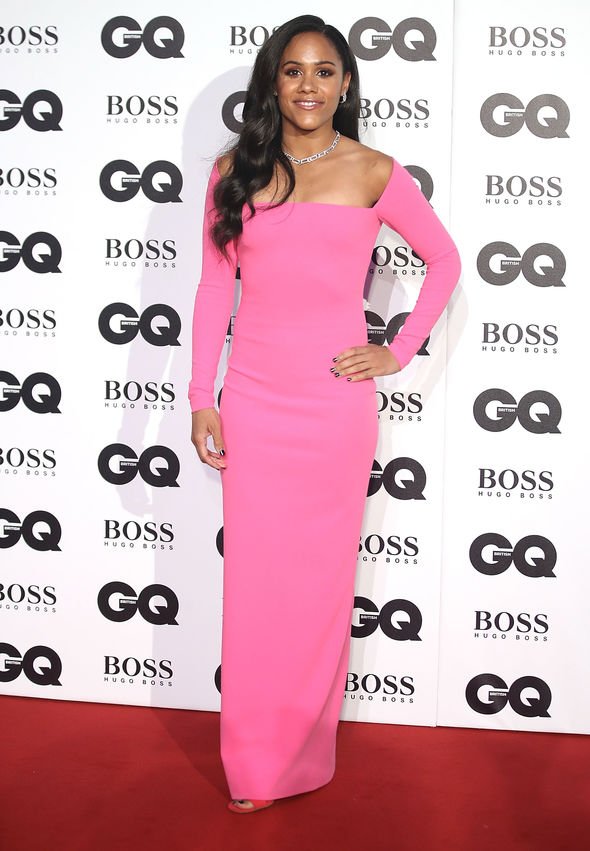 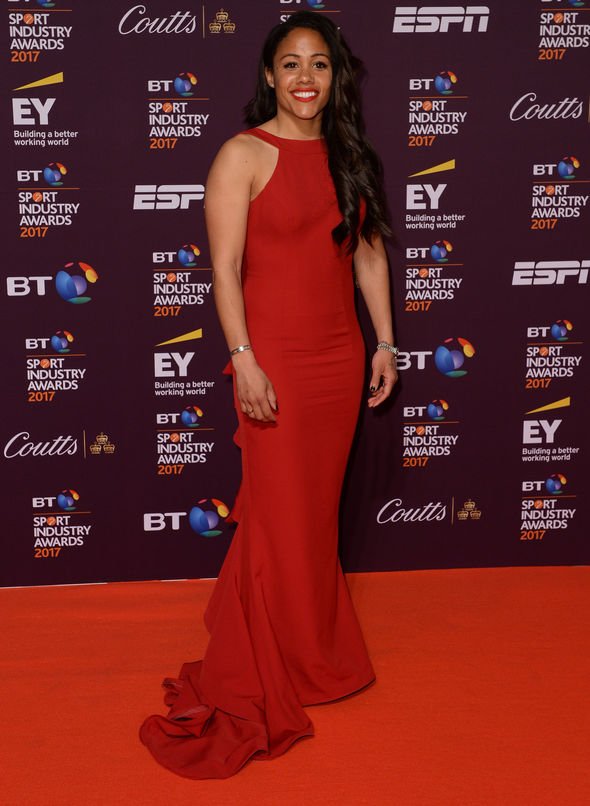 It comes as long-time A Question of Sport presenter Sue Barker, 64, plus team captains Phil Tufnell 54, and Matt Dawson’s contract’s have not been renewed.

Ex-footballer Alex has often appeared on the programme, having won 140 England caps and later represented Great Britain at the London 2012 Olympics.

If Alex takes over a position on the programme, she would be only the fourth host in the show’s history.

Meanwhile, Sam first appeared in Coronation Street in 2004 where he had a four year run as Adam, before returning once more to Wetherfield in 2016.

The star wowed viewers last year after he chopped off a large portion of his locks.

Sam, who is best known for having curly hair, decided it was time for a change as he cut and straightened his ‘do.

He has previously caused controversy when he cut his hair without producers permission.

However, he quickly grew it back after for filming continuity purposes.

He told the same newspaper: “I’ve always wanted to grow my hair long. When I got offered to come back in 2016 my hair was longer than this and slicked back.

“But every time I’ve grown my hair in the past and I’ve booked on a job they’ve asked me to cut my hair.

“So I cut it and [former Corrie boss] Kate Oates was gutted because she wanted me to keep it long. I thought she was joking.

“So this was my first opportunity to grow it because of continuity. I think it looks alright onscreen I think it works for the camera.”