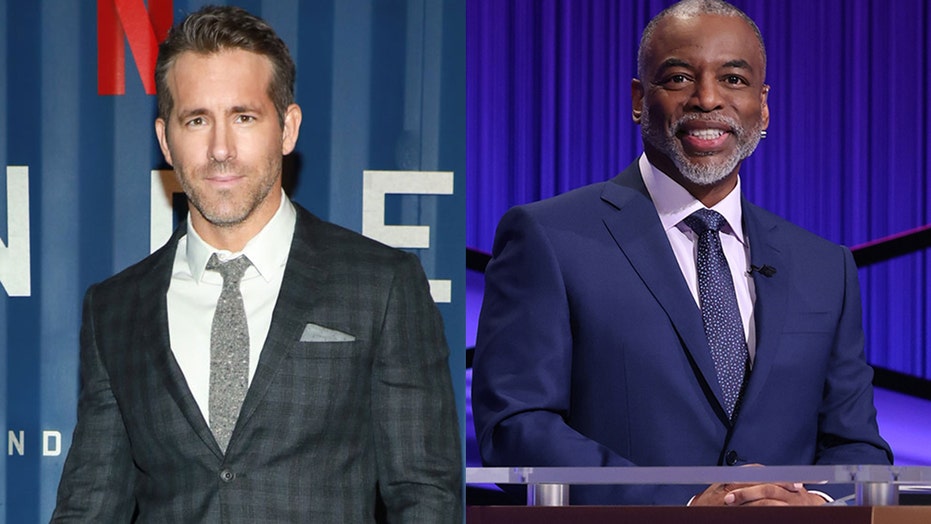 Ryan Reynolds made a not-so-subtle push for LeVar Burton to be the next host of “Jeopardy!” following Mike Richards’ exit.

Richards, who was announced just last week as being the new permanent host of the popular game show alongside Mayim Bialik, stepped down from the position after inappropriate comments he previously made on a podcast resurfaced and sparked controversy.

Now, as the show scrambles once again to find a replacement for Alex Trebek, who died in November of 2020 after a lengthy battle with stage 4 pancreatic cancer, Reynolds seemingly took to Twitter to throw his support behind fan-favorite, Burton.

Pretending it was apropo of nothing, Reynolds took to Twitter and recalled a time in his career when he was favored to be the first person to bring a comic-book-accurate version of the Marvel character “Deadpool” to the big screen, long before his immensely successful 2016 debut. However, by shouting out Burton at the end of the tweet, he clearly meant to liken the situation to the push for Burton to be the new host.

“Pretty consistently from 2013 to 2015 Deadpool would explode on Twitter with fans wanting me to play him. It was awkward because I agreed with them but the studio didn’t see it. Ultimately the fans won and the rest is glorious history. I’m forever grateful,” Reynolds wrote. “Hi @levarburton.”

Burton responded with two praying hands emojis and a heart, but did not elaborate further. However, the “Reading Rainbow” and “Star Trek: The Next Generation” actor has long been a fan-favorite to become the new man behind the podium. In fact, a fan petition was signed by more than 257,000 people requesting he be the man to fill the massive shoes left behind by Trebek after he died in November of 2020.

Burton addressed the push for fans to make him the new host several times before he was selected as one of the many guest hosts for the trivia show ahead of Richards being announced as the new permanent replacement. However, now all that is up in the air as the “Jeopardy!” executive producer stepped down Friday.

“Dear Team – It pains me that these past incidents and comments have cast such a shadow on Jeopardy! as we look to start a new chapter,” he wrote in a statement released by Sony.

“As I mentioned last week, I was deeply honored to be asked to host the syndicated show and was thrilled by the opportunity to expand my role,” he shared. “However, over the last several days it has become clear that moving forward as host would be too much of a distraction for our fans and not the right move for the show. As such, I will be stepping down as host effective immediately. As a result, we will be canceling production today.” 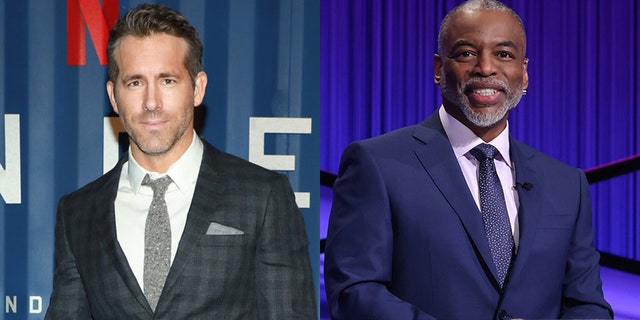 Ryan Reynolds showed his support for LeVar Burton to be the new host of ‘Jeopardy!’
(Sony Pictured Entertainment/Getty Images)

“SPT will now resume the search for a permanent syndicated host,” he continued. “In the meantime, we will be bringing back guest hosts to continue production for the new season, details of which will be announced next week.”

“I want to apologize to each of you for the unwanted negative attention that has come to Jeopardy! over the last few weeks and for the confusion and delays this is now causing,” Richards concluded. “I know I have a lot of work to do to regain your trust and confidence.”

The news comes after Richards, 46, apologized for past comments he made while hosting “The Randumb Show” from 2013 to 2014. He was also working at “The Price is Right” at the time.

Sony officials told Fox News on Friday that they “support Mike’s decision to step down as host.”

“We were surprised this week to learn of Mike’s 2013/2014 podcast and the offensive language he used in the past.  We have spoken with him about our concerns and our expectations moving forward,” Sony said in a statement. “Mike has been with us for the last two years and has led the Jeopardy! team through the most challenging time the show has ever experienced. It is our hope that as EP he will continue to do so with professionalism and respect.”

In a statement issued to Fox News earlier this week, Richards apologized for his past attempts at being “provocative” and vowed to do better in the future.

Usher Gets One Herpes Lawsuit Dismissed After Seemingly Reaching A Settlement With His Accuser!