Jovi Dufren of TLC’s “90 Day Fiance: Happily Ever After?” took to Instagram on August 31 to reflect on the devastation of Hurricane Ida in his hometown of New Orleans, Louisiana. “Just a week ago I was standing here along the lake near where we live in Louisiana,” he wrote. “Everything was calm, and no one could expect what was coming. This area is now completely underwater, and as many of you have seen the amount of damage to Louisiana has been devastating.” Jovi also noted how personal the storm was for him. “My home town took one of the hardest hits,” he continued. “I will be continuing to post about this to raise awareness and get support for the people of Louisiana.”

Although he is clearly distraught over the destruction of his hometown, he added that he will continue to share “reputable information” for donations and other ways to help. His wife Yara Zaya and daughter Mylah are safe, but Jovi is unsure when they will be able to return home and when power will return to the area. The family evacuated to Dallas, as Jovi shared on August 30.

However, Jovi’s news comes on the heels of more possible positive news. Keep reading to see what he had to say about expanding his family. 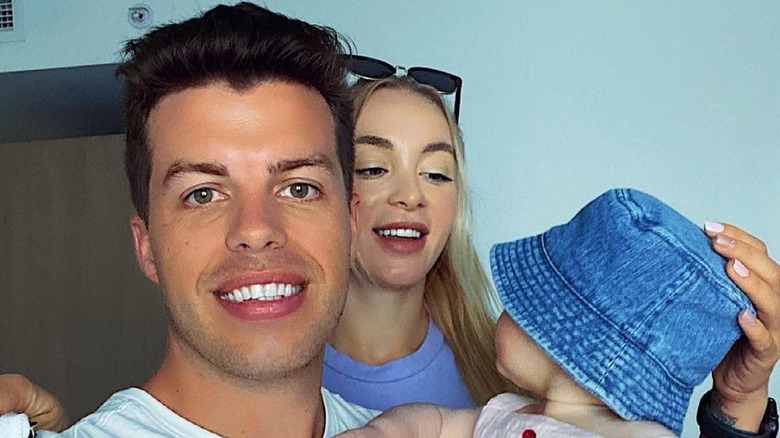 Yara Zaya might be pregnant with her second child. Yara didn’t say much during the second part of the tell-all for “90 Day Fiance: Happily Ever After?” but she raised plenty of eyebrows when it was her time to speak. “I don’t have my — how do you call that, Jovi? — period already for a long time,” she said (via Us Weekly), also mentioning that she did not take a pregnancy test.

Jovi’s mother Gwen seemed to believe that Yara was carrying another grandchild. “Yara, you’re pregnant,” she said (via InTouch Weekly). Yara kept fans guessing, but did say she would return to Ukraine if she had another baby. Jovi did not flinch at the possibility of his wife and children living overseas, saying, “If that’s the best thing for our family, then I’ll do it.”

Fans of the show know Jovi struggled with giving up his partying ways for fatherhood, so it’s unclear how he really feels about another child. Even if the family is going through a hard time regarding Hurricane Ida, at least it seems like they have plenty to look forward to.

Prince Harry: I Turned to Drugs, Alcohol to Cope With Princess Diana’s Death