The actor first starred alongside Rita Hayworth in 1940’s “The Lady In Question.” They appeared in several other films, including 1946’s “Gilda,” which made Hayworth an iconic movie star. However, Ford’s son claimed that the co-stars had a decades-long love affair.

“They never married because either one or the other was married to someone else,” Peter Ford, the late star’s only child, recently told Closer Weekly.

“It was a relationship that lasted many, many decades,” he added. 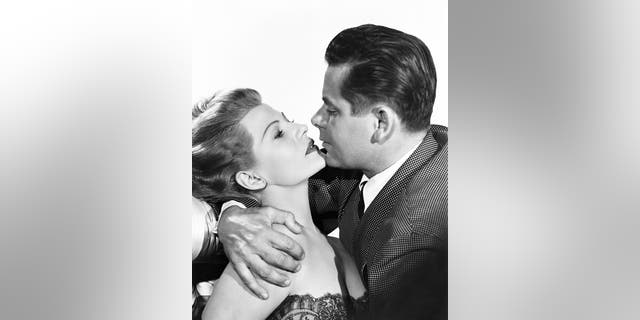 According to the outlet, Ford allegedly had relationships with hundreds of Hollywood stars, including Gene Tierney, Joan Crawford, Barbara Stanwyck, Judy Garland and Marilyn Monroe – just to name a few. However, it was Hayworth who left a lasting impression.

Peter shared that in 1960, Ford bought the lot next to Hayworth’s Beverly Hills home, which she shared with then-husband James Hill. The outlet reported that Hayworth allegedly told Ford about the property being available.

“That’s where he built his dream house,” Peter explained. “The day after he finished that house and moved into it, she filed for divorce. The two of them were back together again. He installed a little gate in the back of his property so she could come from her house over to his. She would spend a lot of time at my dad’s house sitting by the pool. They were constantly together.”

The outlet revealed that in 1990, Ford admitted in a documentary that “I loved her very deeply at that time,” referring to Hayworth.

Hayworth passed away in 1987 at age 68 of complications from Alzheimer’s disease. Ford was among the pallbearers who laid her to rest. 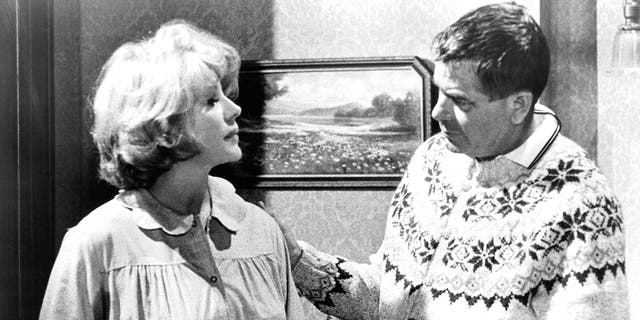 Actress Rita Hayworth and actor Glenn Ford on the set of the MGM movie ‘The Money Trap’ in 1965.
(Photo by Michael Ochs Archives/Getty Images)

The actress spent her final years in New York City. Her youngest child, Princess Yasmin Aga Khan, has since founded the annual Rita Hayworth Gala through the Alzheimer’s Association to keep her mother’s legacy alive, all while raising funds to support studying the disease in hopes of finding a cure.

Khan became Hayworth’s conservator in 1981.  She brought her mother to New York City and lived next door to her with the help of nursing care.

“It was something natural,” Khan told Fox News in 2018. “She was so sweet and loving. My motherly instincts just took over. It was a natural thing for me to help her and go through this with her.”

During her final years, Hayworth pursued her passions for oil painting, playing the castanets and golfing. But with no cure for Alzheimer’s, the disease progressed.

“From the middle stage to the end, it took about maybe 4-5 years,” said Khan. “When she was near death… I called in the priest for her last rites. And then she lived another two years. Her heart was so strong, but she really didn’t recognize anyone. It was a slow decline. She had wonderful care. 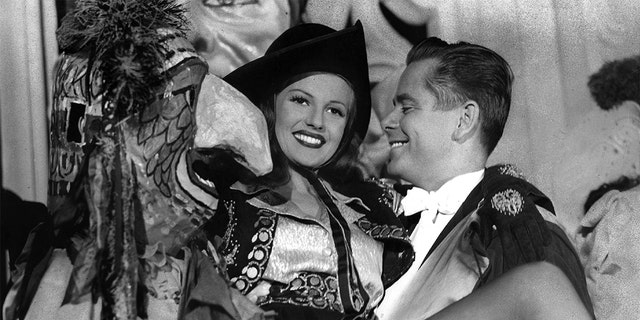 Glenn Ford passed away in 2006 at age 90.
(Photo by FilmPublicityArchive/United Archives via Getty Images)

“She was right next door, right next to me. I could go in and talk to her in her ear. I always felt like I had to communicate. Maybe somewhere she would hear me. And then my son was born in 1985. I would bring him in and talk to her. I wasn’t sure if she knew or not, but I thought it was important to be there and share because one never knows.”

The crusade continues for Khan.

“Just having the experience of a loved one with the disease, and seeing the decline and knowing so many people have [it]… That motivates me,” said Khan. “I’m hoping that we find the answers in my lifetime. … That’s been my motivation. We need to find a cure.”

And the memories of living – and loving Hayworth – have simply never left Khan.

“She was just the most wonderful mother,” said Khan. “She loved working with Fred Astaire — she would talk about working with him… She introduced tennis and golf to me. And she loved her work. I knew she was famous, but she was my mom, a regular mom. … It’s a sad story. It’s a sad disease.”