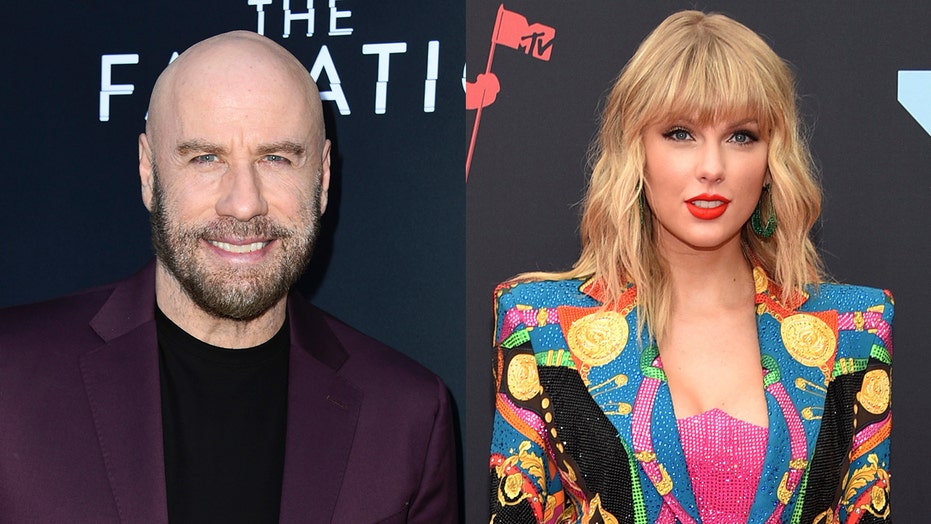 John Travolta may have made the biggest gaffes of his illustrious career on Monday evening when he appeared to confuse Taylor Swift with one of her performers and pals.

The “Fanatic” star, 65, set social media ablaze when he seemingly mistook "RuPaul's Drag Race" alum, Jade Jolie, for the “Look What You Made Me Do” songstress while handing out the award for video of the year alongside Queen Latifah at the 2019 MTV Video Music Awards at the Prudential Center in Newark, N.J.

Twitter users apparently hit rewind on their television sets to see Travolta appear to offer the coveted Moonman to Jolie before she smiles at the actor and the two share a very quick laugh.

Tweeted one person: "john travolta giving taylor swift's award to jade jolie FULLY thinking that it was her is the best thing that happened all night #VMAs."

Echoed another individual: "JOHN TRAVOLTA THOUGHT JADE JOLIE WAS TAYLOR SWIFT AND HE WAS GIVING THE AWARD TO HER LMFAAAOOOO #VMAs." 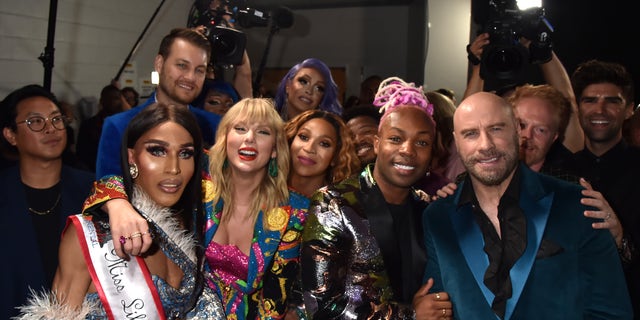 "I didn't watch the VMAs because I'm #old but that clip of John Travolta giving Video of the Year to Drag Queen Taylor Swift instead of actual Taylor Swift has made my night. If only Adele Dazeem were there," wrote another social media user, while also seemingly referencing Travolta's 2014 Oscars' mishap.

The official Twitter for the website, UPROXX, also questioned Travolta's snafu: "Wait. does…does John Travolta not know who Taylor Swift is," the outlet wrote along with laughing emojis.

Moments before, while Latifah and Travolta were presenting the award, the “Grease” alum also poked fun at himself, telling the “Star” actress that he wanted her to announce the winner because he would “mispronounce s— and f— it up.”

Back in 2014, Travolta infamously turned heads when he butchered "Frozen" star Idina Menzel's name while introducing the artist ahead of her performance of "Let It Go" during the Academy Awards.

"Please welcome the wickedly talented, one and only, Adele Dazeem," Travolta announced. A year later, the actor explained what happened on Jimmy Kimmel Live. (He said he had been waiting backstage when a page grabbed him and said he had 1 minute and 15 seconds until it was time to present.)

Meanwhile, for Swift's part, the 29-year-old pop star won her trophy for her “You Need to Calm Down” video, in which the multi-platinum singer featured Jade and a number of other LGBTQ stars – many of whom accompanied Swift on stage to accept her victory.

"I just want to say that this is a fan-voted award. So, I first want to say thank you to the fans because in this video, several points were made, so you voting for this video means that you want a world where we're all treated equally," Swift said.

She continued: "Regardless of who we are, regardless of how we identify, at the end of this video there was a petition — and there still is a petition for the Equality Act, which basically just says we all deserve equal rights under the law.

"And, I want to thank everyone who signed that petition because it now has half-a-million signatures, which is five times the amount that it would need to warrant a response from the White House," added Swift while accepting the award. She then looked down at her wrist and tapped on it, seemingly referencing a watch.

GET THE FOX NEWS APP

The video for "You Need to Calm Down" – which also won the video for good honor – finishes with the words: "Let's show our pride by demanding that, on a national level, our laws truly treat all of our citizens equally." Before the video's release, Swift announced that she supported the Equality Act.