Home » Beauty » Evangelista says CoolSculpting ‘disfigured’ her. So, what is it?

Supermodel Linda Evangelista revealed on Friday that she was left “brutally disfigured” and “unrecognisable” after undergoing a non-surgical cosmetic treatment known as CoolSculpting in 2015.

CoolSculpting, which has been available in Australia for the last six years and has been used over 8 million times worldwide, involves the freezing of fat cells, until they eventually die. It is a non-surgical procedure available in laser and plastic surgery clinics and within shopping centres. 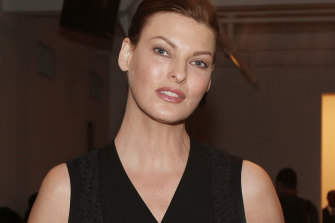 Evangelista, 56, who was known as one of the “Big Five” supermodels in the 1990s alongside Cindy Crawford and Naomi Campbell, and once quipped that she did not get out of bed for less than $10,000 a day, had the treatment done on her abdomen, flanks, back and bra area, inner thighs and chin. She claimed in her statement on Instagram that it “did the opposite of what it promised. It increased, not decreased, my fat cells and left me permanently deformed even after undergoing two painful, unsuccessful, corrective surgeries.”

The experience has plunged her into depression, she says, leaving her a “recluse”. On Sunday she announced she was suing the proprietors for US $50 million, alleging that the risks were not properly explained to her.

CoolSculpting is the brand name for a process known as cryolipolysis, where fat cells are frozen until they die and are eventually expelled from the body via the lymphatic system. According to the CoolSculpting website, the controlled cooling is delivered via one or two applicators. These applicators use a vacuum to draw the fatty tissue into the applicator cup. Patients might feel a tugging at this point, and sometimes an intense cooling feeling, which subsides once the area becomes numb. The process usually takes an hour to remove between 20 and 25 per cent of the fat from the area. There is no downtime, but it usually takes between three and four sessions for best results and can be up to three months before you see a difference. Prices in Australia start at around $250 for a single treatment.

Who is best suited to the treatment?

“This is not a weight loss tool,” says Dr Jeremy Wilson, a Melbourne cosmetic surgeon who specialises in fat biology and has used the treatment on himself. “It worked for me because I had only a minor bit of fat on the flank area. But people who try to treat the turkey wobble on the neck, for example, are not going to get the result they desire. That’s because the treatment is designed to remove 25 per cent of your fat cells at a time and that turkey wobble is made up of more than just fat, it also contains fibrous tissue, muscle and skin.”

What went wrong for Linda Evangelista?

Evangelista says she developed PAH (paradoxical adipose hyperplasia) a condition that, it is estimated, occurs every 1 per 4000 cycles – roughly .05 per cent – and causes the opposite effect whereby fat cells increase rather than decrease.

Wilson says this is often under-reported, because people just assume the procedure didn’t work, though some reports suggest the fat may protrude. “No one understands why we observe this rare complication. We think it could be inflammation, but that’s unproven. We know it’s not cancerous, but a lot more research needs to be done.”

The condition is for reasons unknown, more common in men, though Wilson did treat a female patient who experienced PAH in her neck. “It was a soft mass, it looked like a bulge, like ordinary fat. We were able to treat it with liposuction [a far more invasive fat removal procedure] which is what would have been the better tool to use in the first place.”

Are there other risks?

According to the CoolSculpting website, side effects include bruising and swelling, tenderness, cramping and aching, skin sensitivity, tingling and numbness. In fact, numbness can persist up to several weeks after a treatment.

The biggest problem with CoolSculpting, says Wilson, is that it’s not being used the way it should be. “People don’t want to hear this, because they want a fast solution [to fat loss] but there is really only a small target demographic for this procedure.

“It should not be offered to anyone with a BMI of over 30 because it won’t work the way it’s supposed to. It’s only if you have a small amount of stubborn fat or a minor bulge you can’t get rid of.”

Wilson adds that a patient also needs to have really good skin elasticity “because if you’re removing fat, you need the skin to be able to recover around where the fat used to be.”

Dr Dan Kennedy, president of the Australian Society of Plastic Surgeons recommends consulting a specialist plastic surgeon for an expert assessment to discuss the full range of treatment options before considering cryolipolysis.

Kennedy says patients should also be well aware of their expectations and motivations before any treatment. “And ensure your medical practitioner details the risks and benefits to you even for non-invasive treatment.”

Since going public, Evangelista has been widely praised for her honesty. Fellow supermodel Paulina Porizkova took to her Instagram to compare Linda’s failed treatment to an athlete’s injury, before concluding, “As long as us women are told, from the time they are little girls, that their looks are the most valuable part of them, how do you expect them NOT to care?”