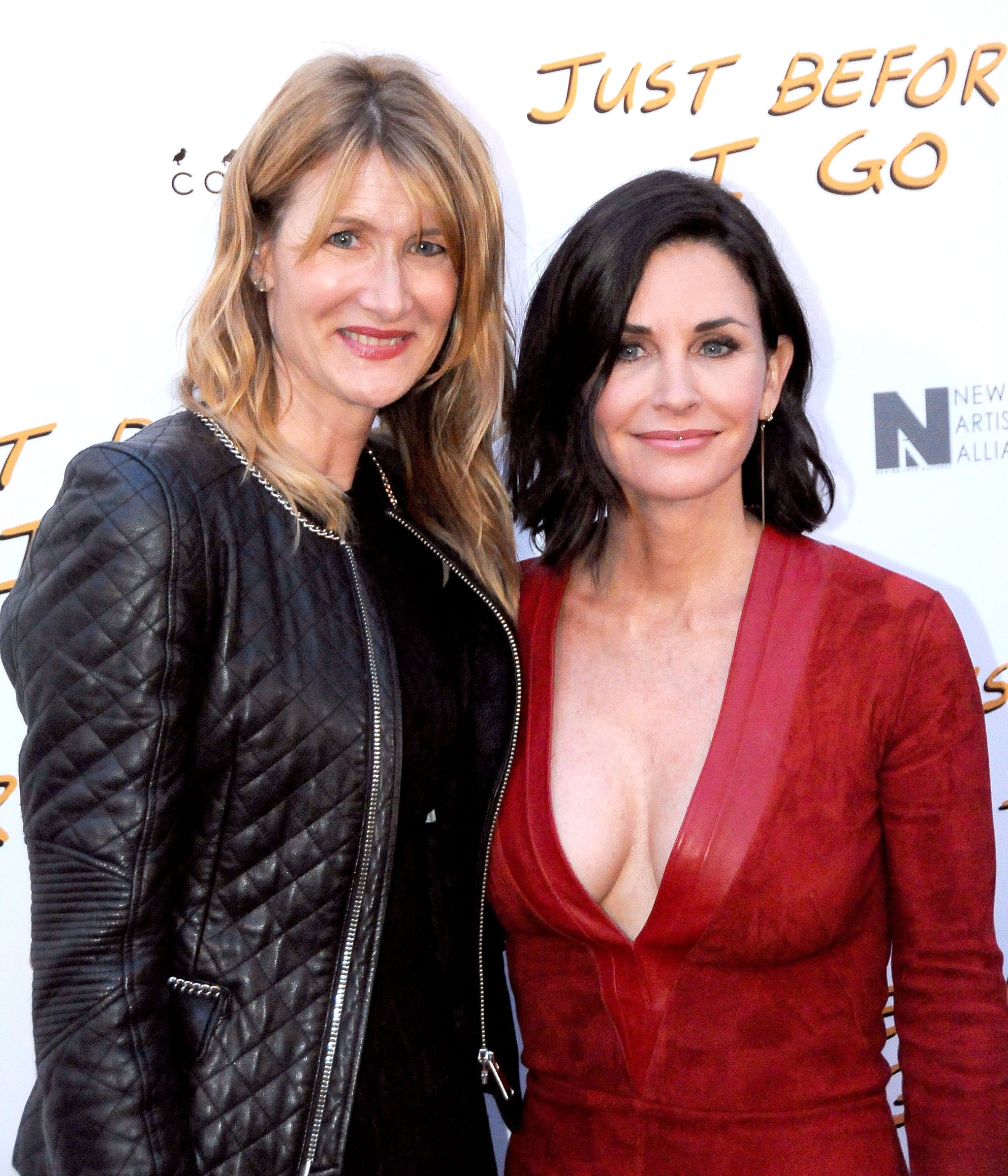 Laura Dern and Courteney Cox’s bond is now etched in permanent ink. The actors and longtime friends recently got matching tattoos with their respective children: Cox’s 18-year-old daughter, Coco Arquette, and Dern’s 18-year-old daughter and 21-year-old son, Jaya and Ellery Harper. On Jan. 18, Cox shared a group photo of the family friends showing off the design, which is a delicate paper airplane trailed by a dotted line and the phrase “go long” in cursive font. Cox, Jaya, and Ellery got the tattoo on their forearms, while Dern’s is situated on her inner bicep and Arquette’s is on her upper back.

“Adding a new layer to our 16 year Christmas Eve tradition. Watch out . . . we might have sleeves by 2025,” Cox wrote in her Instagram caption. She also tagged New York-based tattoo artist Scott Campbell, whose prior clients include stars like Travis Scott, Orlando Bloom, and Travis Barker. The “Scream 6” star didn’t share the deeper meaning behind the design, but some followers joked that it could be a reference to Cox’s Monica Geller telling Rachel Green to “go long” during a Thanksgiving football game on “Friends.”

This appears to be the first known tattoo for Dern and the second for Cox, if you count the permanent liner she had inked on her lash line years ago. She mentioned the cosmetic tattoo while sharing a five-minute makeup tutorial on Instagram in February 2021. “I got my eyes tattooed a long time ago, and it’s this weird blue. I hate it; I don’t recommend that,” Cox said of the process, adding that she covers it up with a bronze Tom Ford eyeliner nowadays.

Cox and Dern aren’t the only celebrities who’ve gotten inked lately. Kaley Cuoco recently debuted a “Tom” finger tattoo in honor of her boyfriend, Tom Pelphrey, while Selena Gomez and Nicola Peltz Beckham celebrated their friendship with matching “angel” tattoos. Plus, Rita Ora added to her expansive collection with a woman’s silhouette inked onto her left rib cage.

Take a closer look at the Cox-Dern clan’s matching tats in the second slide of the gallery ahead.

Chloe and Halle's Best Hair and Makeup Looks To Date